Kellogg on reports that Russian missiles fell into Poland: 'NATO has to respond'

The Polish government has not immediately confirmed the report, but one spokesman, Piotr Muller, told the publication that top leaders were holding an emergency meeting over the "crisis situation."

Two people were reportedly killed after a projectile struck an area where grain was drying in the village of Przewodów, near the Ukrainian border.

Windows of an apartment building are illuminated during a blackout in central Kyiv, Ukraine, Nov. 14, 2022. (AP Photo/Andrew Kravchenko)

Fox News could not immediately reach the Polish defense ministry for confirmation on the strikes.

A NATO official told Fox News that it is "looking into these reports and closely coordinating with our Ally Poland."

The Pentagon told reporters that it was taking the reports "seriously and looking into them" as well.

"Right now, we are aware of the press reporting on this, and we have no information at this time to corroborate those reports," Pentagon press secretary Brig. Gen. Pat Ryder said. "I don't want to speculate or get into hypotheticals when it comes to our security commitments."

"We've been crystal clear that we will defend every inch of NATO territory," he said in reference to Article 5 of the NATO treaty wherein an attack against one NATO country is considered an attack against all members of the alliance.

Russia's Ministry of Defense denied the incident, calling the reports a "deliberate provocation in order to escalate the situation."

"No strikes were made against targets near the Ukrainian-Polish state border by Russian means of destruction," Russia said in a statement.

A woman holds a sign during a rally in front of the Russian Embassy in Warsaw, Poland, on Oct. 10, 2022. (STR/NurPhoto via Getty Images)

National Security Council spokesperson Adrienne Watson took to Twitter to confirm that the White House is "working with the Polish government to gather more information."

"We cannot confirm the reports or any of the details at this time. We will determine what happened and what the appropriate next steps would be," she added.

President Joe Biden has repeatedly said the U.S. will be steadfast in its support for Poland or any NATO member nation in the face of Russia's aggression.

Ukrainian citizens and supporters attend a demonstration of solidarity with Ukraine in Krakow, Poland, on Oct. 10, 2022. (Beata Zawrzel/NurPhoto via Getty Images)

After traveling to Poland earlier this year to meet with officials and Ukrainian refugees who fled the war-torn nation during the early days of the war, Biden issued a stark tone on Washington's stance.

Biden renewed these commitments again in September when he addressed Russian President Vladimir Putin from the White House and said, "We’re fully prepared to defend … our NATO allies. To defend every single inch of NATO territory — every single inch.

"So, Mr. Putin, don’t misunderstand what I’m saying: every inch," he added.

Poland has been extremely critical of Putin's war in Ukraine, including by its lawmakers who just last month called for Russia to be designated a "terrorist state." 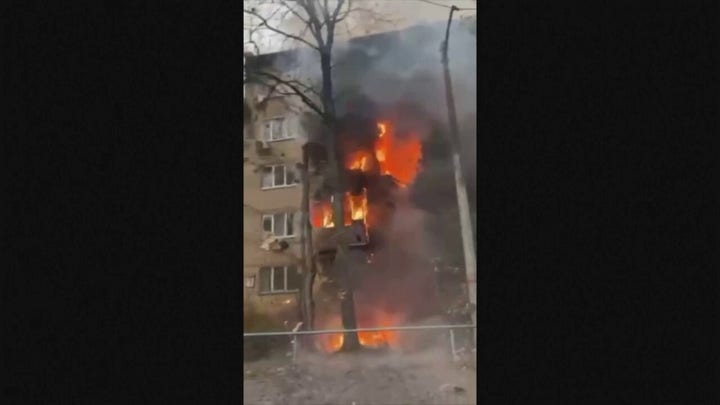 But Russia expert and former DIA intelligence officer for Russian doctrine and strategy, Rebekah Koffler, told Fox News that she believes the strikes Tuesday were an accident waiting to happen.

"Moscow doesn’t want to start a war. If there’s one thing Putin fears it’s U.S.-NATO intervention," she said, noting that she is 99% confident that the strikes Tuesday were an accident. "It's exactly the pathway — unintentional escalation — that could lead to U.S.-NATO involvement in the Russia-Ukraine conflict, potentially leading it to World War III."

"Hopefully, the powers that be in Moscow, Washington and Kyiv will realize they are playing with fire and get to the table to settle," she added. "Cooler heads must prevail, the sooner the better."