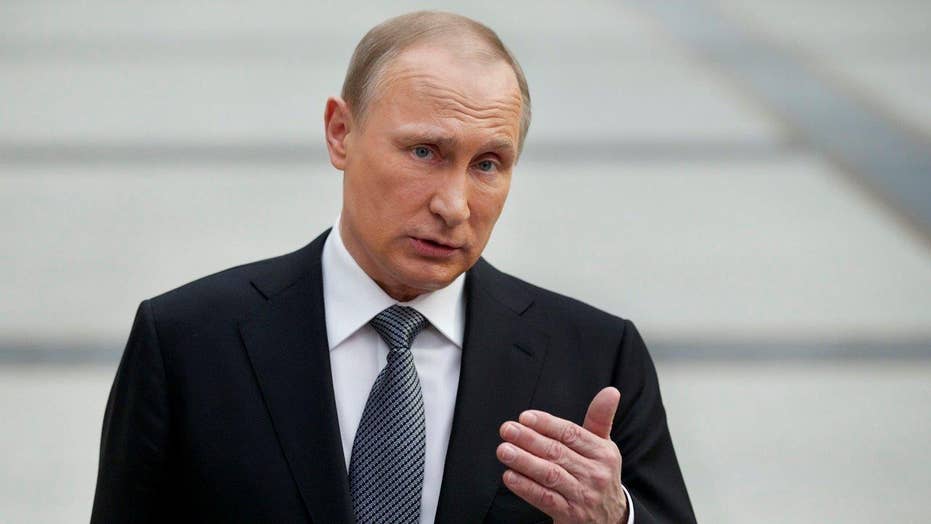 The Russian jet that flew dangerously close to a U.S. Air Force spy plane actually conducted a "barrel roll" and flew within just 50 feet of the aircraft's wingtip, a Pentagon spokesman said Monday.

The U.S. RC-135 surveillance plane was conducting a routine mission over the Baltic Sea Thursday when the Russian SU-27 sped by, Capt. Jeff Davis told reporters.

It's not clear whether the Russian warplane was armed at the time. Russian jets were not armed when they buzzed the USS Donald Cook destroyer 33 times in 2 days last week, also in the Baltic Sea.

It marked the third Baltic Sea incident involving Russian jets and U.S. military ships or aircraft in just one week.

In the destroyer fly-bys, the pilots of the Russian Su-24 jets saw the ship and turned back "while using all measures of precaution," Maj. Gen. Igor Konashenkov, spokesman for the Russian defense ministry, said. He added that he was baffled by what he described as the "distressed reaction of our American counterparts."

"It may have been in international waters and therefore may not be any violation of international law, but it is still irresponsible behavior," said NATO Deputy Secretary General Alexander Vershbow, a former U.S. ambassador to Russia.

"It illustrates that Russia is contributing to tensions," he said, speaking on the sidelines of a security conference in Kiev, the Ukrainian capital.