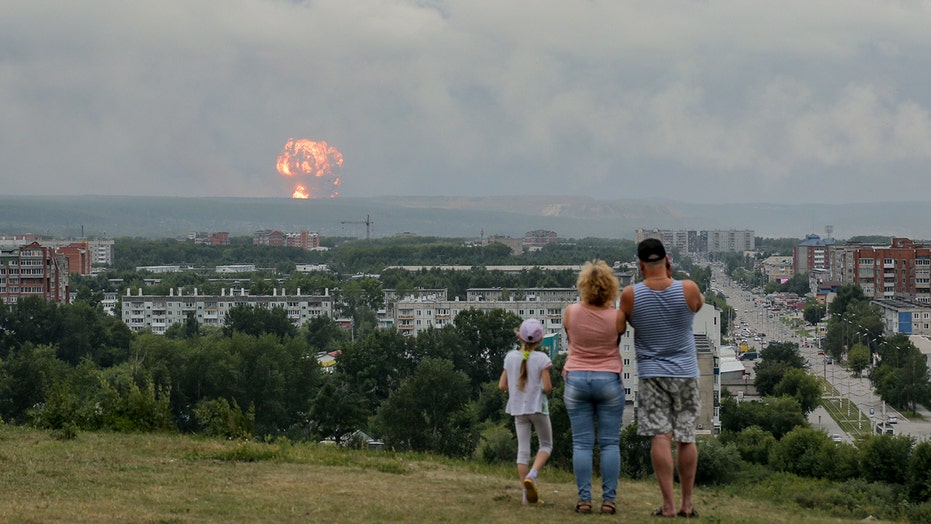 A rocket engine explosion at a Russian military facility killed at least two and injured four others during a test on Thursday, Defense Ministry officials said.

The explosion caused a fire at a military shooting range in the north-western Arkhangelsk region, the ministry said. The name of the facility was not immediately released.

The blast injured six military members and civilian engineers, two of them later dying from their injuries.

"During testing of a liquid jet engine an explosion and combustion of the product occurred," the BBC reported, citing a statement from the defense ministry obtained by Russian news agency Interfax. 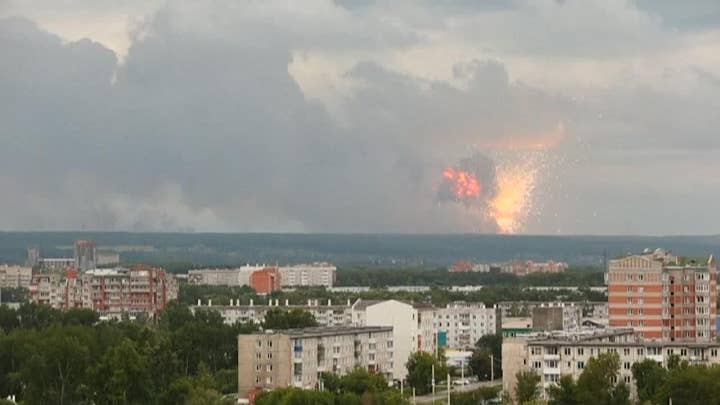 While ministry officials said the explosion didn’t release radioactive or other harmful substances into the atmosphere, the local administration in Severodvinsk about 19 miles east from Nyonoksa reported a brief increase in radiation levels.

It wasn't immediately clear what resulted in the radiation spike.

Locals were reportedly cautioned to take measures against radiation, according to the BBC, citing Russian news website lenta.ru. A woman told the site citizens in the area were advised to close their windows and drink iodine with their water.

The explosion comes just days after a fire triggered massive explosions at a Russian military ammunition depot in Siberia. The powerful blasts killed one person, injured 13 others and forced over 165,000 people to evacuate their homes.