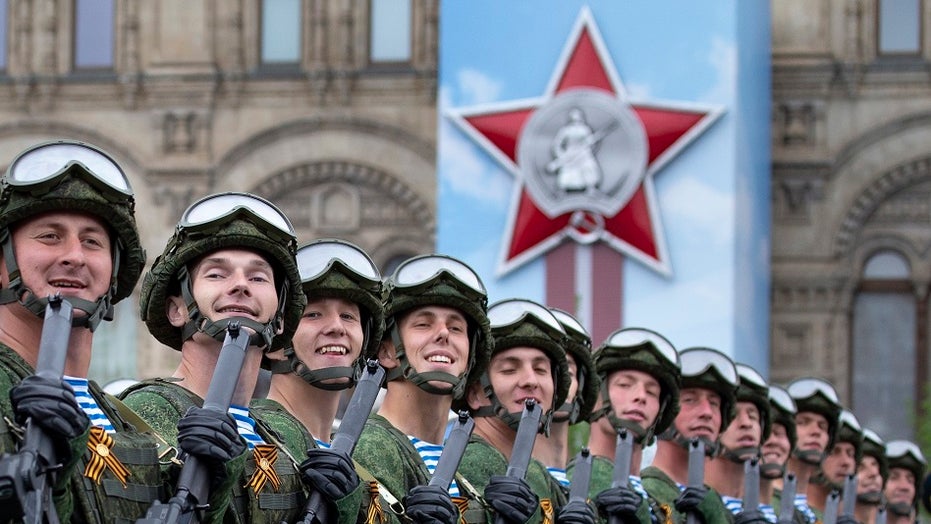 Russia has ordered thousands of troops to be quarantined for two weeks after possible exposure to the coronavirus, following the postponement of a large military parade in Moscow.

The Russian Ministry of Defense said around 15,000 troops who participated in rehearsals for the Victory Day Parade originally slated for May 9 --  which marks the 75th anniversary of the Soviet Union's victories in World War II -- would be isolated for 14 days.

It was not clear if any of the troops test positive for COVID-19. The Kremin was hesitant to cancel the event, which Russian President Vladimir Putin hoped to use to forge closer ties with the foreign leaders, including French President Emmanuel Macron.

Russian officials said the quarantine was a precaution and that all vehicles, trains and aircraft used by the soldiers would be disinfected.

Russia had 47,121 known coronavirus cases as of Tuesday afternoon, including 405 deaths.

Footage of the April 1 rehearsals showed the troops standing near each other without masks and not observing social distancing guidelines. Putin spokesman, Dmitri Peskov, said military personnel have “a totally different regime of isolation that of course allows them greater freedom of movement,” according to The Guardian.

Putin on Sunday claimed authorities have the pandemic under control within Russian borders despite an increase in COVID-19 cases.