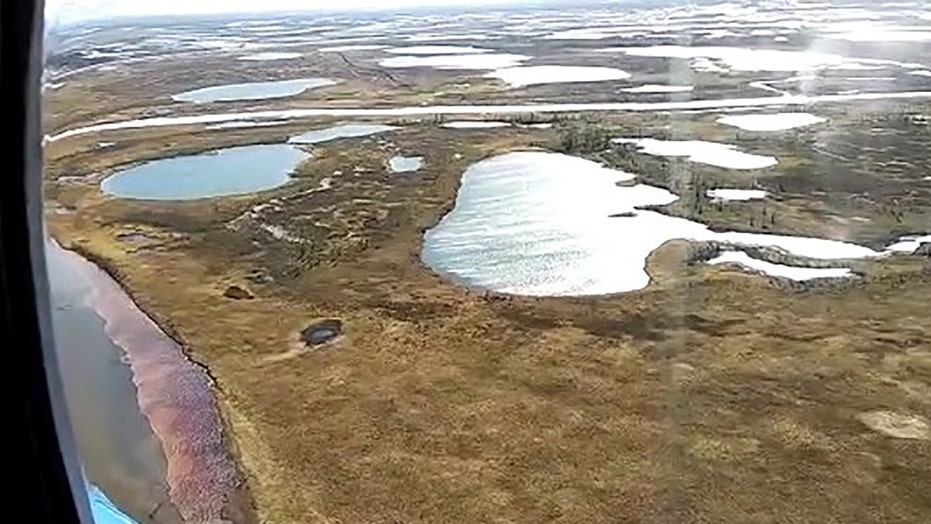 A state of emergency was declared in Russia after tens of thousands of gallons of diesel fuel leaked into a river in the Arctic Circle.

The fuel spilled Friday from a tank at a power plant storage facility in an outlying section of Norilsk, about 1,800 miles northeast of Moscow.

President Vladimir Putin on Thursday slammed the head of the Norilsk Nickel subsidiary that runs the NTEK power plant, and NTEK chief Sergie Lipin, according to Agence France-Presse.

“Why did government agencies only find out about this two days after the fact? Are we going to learn about emergency situations from social media? Are you quite healthy there?” Putin asked Lipin on Wednesday.

Booms were laid in the Ambarnaya River to block the 20,000 tons of diesel fuel that spilled, but it still spread.

A helicopter view of Norilsk's Combined Heat and Power Plant No 3 of the Norilsk-Taimyr Energy Company, part of Nornickel, where a diesel fuel spill happened last week and leaked into a nearby river. (Photo by EmercomTASS via Getty Images)

Long stretches of the river now are a crimson red.

The river feeds a lake, from which there is another river that leads to the environmentally delicate Arctic Ocean.

Putin on Wednesday ordered officials to minimize the consequences of the spill, but Alexei Knizhnikov of the World Wildlife Fund’s Russia operation told The Associated Press the damage to fish and other resources could exceed 1 billion rubles ($13 million).

The plant is operated by a division of Norilsk Nickel, whose factories in the area have made Norilsk one of the most heavily polluted places on Earth.

No cause for the accident was determined, but a company statement said it was concerned about facilities constructed on sinking soil above permafrost.

A car driven outside the storage depot caught fire after making contact with the leaked fuel, the Siberian Times reported.

The Russian Investigative Committee (SK) launched a criminal case over the pollution and alleged negligence, after the reported delay in informing the Moscow authorities about the spill, according to the BBC.

An investigator interrogates Vyacheslav Starostin (L), foreman of a power plant, who was arrested as part of the investigation into the May 29 fuel storage tank collapse that resulted in the massive spill. (Photo by Russian Investigative CommitteeTASS via Getty Images)

The power plant manager, Vyacheslav Starostin, has since been detained by authorities.

The accident is believed to be the second largest oil spill in modern Russian history in terms of volume.