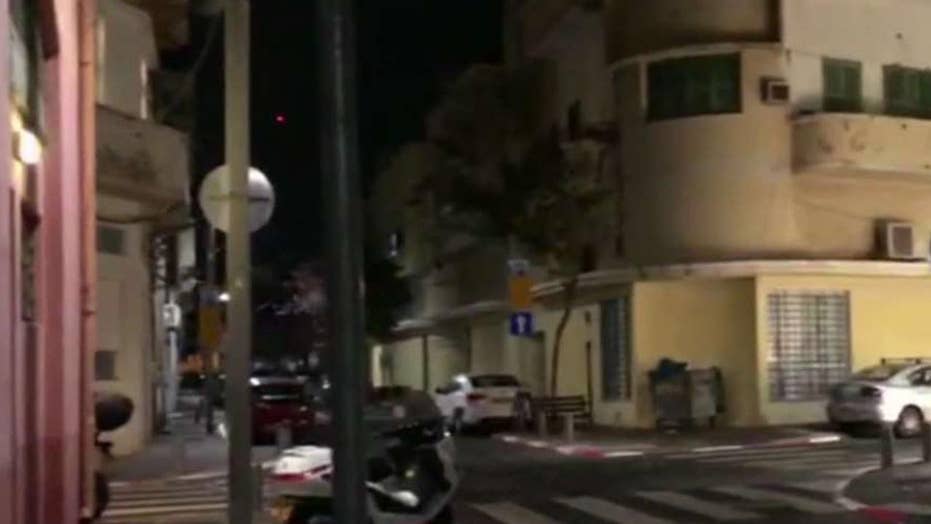 The Israel Defense Forces confirmed in a Hebrew-language tweet that two rockets were fired into Israeli territory from the Hamas-controlled Gaza Strip. Israeli media initially reported that one of the rockets was intercepted by the country's Iron Dome missile defense system. However, the IDF later said neither of the rockets was, adding that they landed in the sea or on open land.

People living in the area reported hearing an explosion in addition to the sirens. It was not clear what caused that explosion. No damage or casualties were reported.

Israeli Prime Minister Benjamin Netanyahu convened an urgent meeting with senior military officials, including his military chief and other top advisers, following the attack to plan a response.

Israel's Channel 10 news, citing anonymous military officials, said the rockets were Iranian-made Fajr rockets. Brig. Gen. Ronen Manelis, the Israeli army's chief spokesman, said officials had no prior warning of the attack and were trying to determine who had fired the rockets. Israel holds Gaza's Hamas rulers responsible for all fire out of the territory.

HAMAS CRACKS DOWN ON GAZA PROTESTS

Tel Aviv has not been attacked by rocket or missile fire since a 2014 war with Hamas militants. There was no immediate claim of responsibility Thursday night, but the attack is likely to trigger a swift and firm reaction from Israel.

Tel Aviv Mayor Ron Huldai said he had ordered the city to open public air raid shelters as a protective measure. But he said there were no special instructions and encouraged residents to stick to their daily routines.

"Hamas and other terror groups indiscriminately fire rockets towards Israeli cities," Marquis said. "Actions like this make it impossible for the international community to assist the Palestinians in Gaza.  The United States strongly supports Israel’s right of self-defense."

Earlier this week, Israel struck Hamas targets in Gaza in response to rocket fire on southern Israel, near the border. Late Thursday, local media said Egyptian mediators who were in Gaza trying to strengthen a cease-fire between Gaza militants and Israel left the territory.

Earlier this week, Netanyahu issued a warning to Hamas, rejecting suggestions that Israel would be reluctant to take tough action in Gaza ahead of national elections next month.

"I suggest to Hamas, don't count on it," he told his Cabinet. "We will do anything necessary to restore security and quiet to the area adjacent to the Gaza Strip and to the south in general."

In addition to Hamas, the Gaza Strip is home to other militant groups, including Islamic Jihad, an Iranian-backed armed organization that also has a formidable rocket arsenal. Last month, the group boasted on Iranian television that Tehran had helped it develop a new missile capable of striking Tel Aviv, Israel's second-most populous city and the Jewish state's commercial and cultural capital.