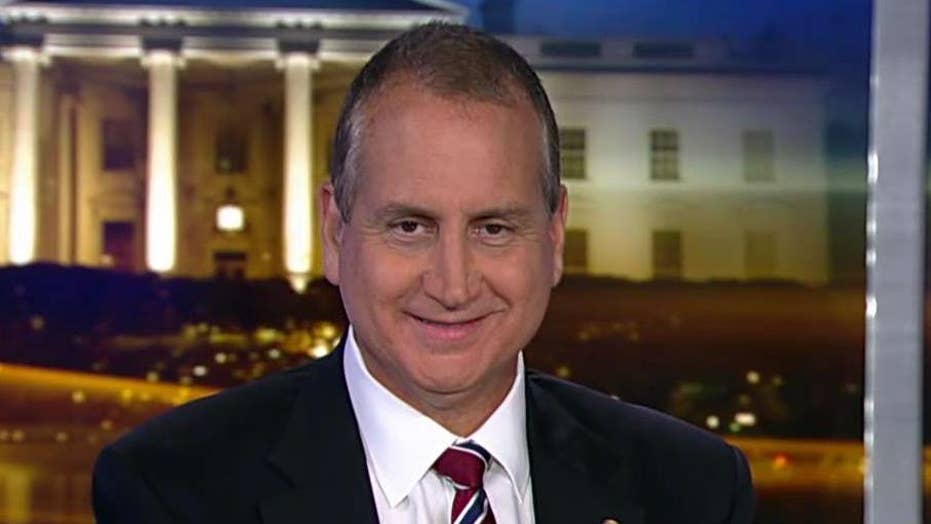 Rep. Diaz-Balart on Venezuela: Military intervention should always be the last option

Florida Rep. Mario Diaz-Balart weighs in on the Venezuelan uprising and the power struggle between Madro and opposition leader Guaido.

Rep. Mario Diaz-Balart, R-Fla., appeared on “Tucker Carlson Tonight” Tuesday and made a case for backing opposition to disputed Venezuelan President Nicolas Maduro and suggested that Russia had installed nuclear missiles in the South American nation.

“Imagine if this regime that now is receiving a lot of international pressure survives, is it or is it not potentially a green light, an open door for the Russians and for the Chinese and for others to increase their activity against our national security interest right here in our hemisphere, “Diaz-Balart told Carlson.

Russia, China, and Iran reportedly have a presence in South America including Cuba who are alleged to have 20,000 troops and agents in the region according to the U.S. government.

Carlson pressed the congressman on if he thought anti-American forces would invade the U.S.

“No. It’s kind of hard to see what you're talking about. Are you suggesting they are going to invade?” Carlson asked.

“The United States, the closest we ever came to nuclear war was because the Russians put missiles, right, nuclear missiles in Cuba,” Diaz-Balart said.

“Are you saying the Russians will put nuclear missiles in Venezuela?” Carlson asked.

“What I am suggesting is that they are already there,” Diaz-Balart said. He did not offer any evidence. Russia famously landed a nuclear-capable bomber in the country late last year and recently confirmed that it has military personnel in the country.

The State Department has not immediatly returned Fox News' request for a comment on the congressman's suggestion.

Diaz-Balart argued that the growing humanitarian-refugee crisis and its impact on South America was reason enough to get involved.

“The reason Venezuelans are leaving is because of that regime. It is the largest refugee crisis this hemisphere has ever seen,” Diaz-Balart said.

According to the United Nations, 3 million Venezuelans have left their country because of the humanitarian crisis that developed under Maduro.