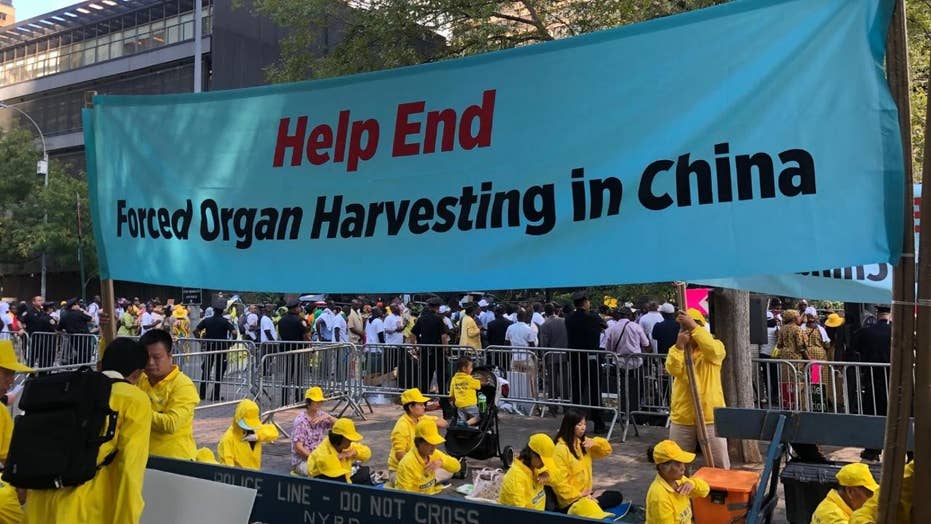 At a time when the relationship between the World Health Organization (WHO) and China is under intense scrutiny, human rights activists and health experts also are questioning the organization's stance on Beijing’s questionable organ donation program.

Earlier this year, the London-based China Tribunal determined that, “beyond a reasonable doubt,” hearts, lungs, kidneys and livers were being harvested from ethnic and religious minorities – sometimes while still alive and otherwise healthy.

Despite denials from the Chinese Communist Party (CCP), the government acknowledged using prisoners of conscience for decades to harvest organs for its estimated $1 billion industry. In 2015, it announced that its official policy had changed, and only voluntary donors would have organs extracted after death. But many claim that the country has not stopped coercing people into harvesting.

“The industry has continued to grow at a rapid pace over the past decade, and it became a large lucrative industry for CCP.  They won’t stop it unless their crimes are fully exposed and sanctioned/prosecuted by international communities,” Xiaoxu "Sean" Lin, a microbiologist and activist/spokesperson for the Washington-based Falun Dafa Association, told Fox News.

“In China, doctors could procure multiple organs for the same patient in quick succession, in case of rejection or have as spares. It is not uncommon in China for a patient to receive multiple transplants of the same organ. Furthermore, the vast array of transplantable organ types and their prices openly listed on hospital websites give the impression that any body part can be replaced as needed.”

Lin also noted that even though the China Tribunal final judgment came out in March 2020, the WHO has not responded to it.

In this May 15, 2013 photo, Fang Hui, 28, shows off the scar from a living donor organ transplant operation where she received a portion of her sister's liver, at a hospital in Hangzhou in eastern China's Zhejiang province. (Associated Press)

The United Nations has been asked to launch an investigation into the allegations, but it has not, and the WHO has not looked into any potential criminal activity.

Instead, it lavished praise on China’s organ donation program despite its soiled history and the ongoing skepticism surrounding its modus operandi.

At the 27th International Congress of the Transplantation Society in Spain, Dr. Jose Nunez, who oversees global organ transplantation data collection for the WHO, slammed the accusations pertaining to organ harvesting in China as “rumors.” In a September 2017 interview with the Washington Post, he vowed that the number of foreigners going to China for transplants was “really very low,” compared with other countries and that Beijing had reformed.

Months after the China Tribunal released its preliminary findings revealing organ harvesting, Nunez reportedly told Chinese media that the country’s “organ transplant reform has achieved remarkable results in a short period. China's experience can serve as a model for the entire Asian region and the world."

Similarly, last December, Dr. Francis L. Delmonico, the former president of The Transplantation Society (TTS), the chief medical officer of the New England Organ Bank (NEOB) and chair of the WHO Task Force on donation and transplantation of human organs and tissues, reportedly said: "The biggest feature of the Chinese experience in organ transplantation is the strong support from the Chinese government, which is an example that many countries should follow.”

HOW COMPLICIT IS THE WHO IN CHINA’S CORONAVIRUS COVER-UP?

Dr. Edward Kelley, director of the Department of Service Provision and Security at the WHO headquarters in Geneva, Switzerland, echoed the praise. According to China’s state-run press, he stated China and other countries participating in the meeting are “global models in the field of organ transplantation.”

A year earlier, the WHO – along with TTS in Canada and the Vatican’s Pontifical Academy of Science – co-hosted the Summit Against Organ Trafficking, in which China’s Dr. Huang Jiefu was controversially invited as a keynote speaker to present “China’s model” on organ transplantation practice.

“Then, at the 70th World Health Assembly (WHA) on May 2017, China representatives proposed WHO to establish a specific task force on organ transplantation,” Lin pointed out. “Then in March 2018, driven by the Chinese government, WHO Task Force on Donation & Transplantation of Human Organs and Tissues was formally established.” Delmonico became one of the two chairmen of this task force and two Chinese doctors, Huang Jiefu and Wang Haibo, serve as members.

FILE - In this Jan. 28, 2020, photo, Tedros Adhanom, director general of the World Health Organization, left, shakes hands with Chinese President Xi Jinping before a meeting at the Great Hall of the People in Beijing. Throughout January, the World Health Organization publicly praised China for what it called a speedy response to the new coronavirus.(Naohiko Hatta/Pool Photo via AP, File)

The task force has billed transplantation as a “form of treatment that is nowadays acknowledged as the best and frequently the only life-saving therapy for end-stage organ failure.”

The WHO did not immediately respond to a request for comment on allegations about Chinese organ transplants or whether any further investigation will be undertaken, but its stance in recent years has perplexed many activists and experts.

“We know that organ harvesting affects especially religious minorities like Uighurs, Tibetans, the Falun Gong, Christian pastors, and other political dissidents and persons who are members of politically sensitive groups, according to the Chinese people. The CCP will stop at nothing to silence its critics,” added Olivia Enos, a senior policy analyst and Asian studies expert at The Heritage Foundation.

In late May, after an investigation into the WHO's ties to Chinese leadership, amid a mass outbreak of the novel coronavirus, President Trump withdrew funding from the organization.