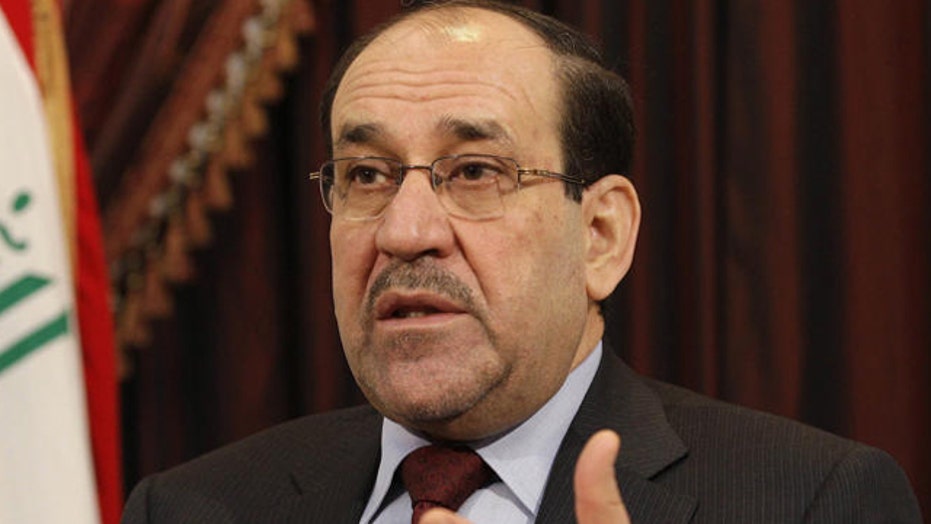 Is Iraq prime minister's credibility up for debate?

Iraqi Prime Minister Nouri al-Maliki suffered a new blow as the Islamic State in Iraq and the Levant, known as ISIS, strengthened its control this week over significant parts of the country's north.

Some U.S. critics, including Sen. Lindsey Graham, R-S.C., are calling for Malaki to resign his post amid questions over the prime minister's credibility.

The recent violence comes only a few months after the country’s parliamentary election in which Maliki’s coalition won the most seats. The election, however, was boycotted by many Sunnis who felt they were being shut out of the government.

“In the background of all this violence is the key question of who forms this new government,” Bull said. He added that while Maliki’s coalition was the top vote getter, their total was only 30 percent of ballots cast.

Iran has offered military assistance in helping to stave off the insurgents’ gains, but their interests lie primarily in preserving Iraq’s Shiite-dominated government.

“His support from Iran is not a 100 percent … the White House seems now to be his only ally,” said Bull. “The Iranians are not going to insist on keeping Malaki [yet] they will insist the next leader is Shiite.”

As of now, Bull says the chances of Malaki continuing as prime minister are “50/50,” depending if he can make a deal with other political coalitions.

Watch the full interview with Bartle Bull above.