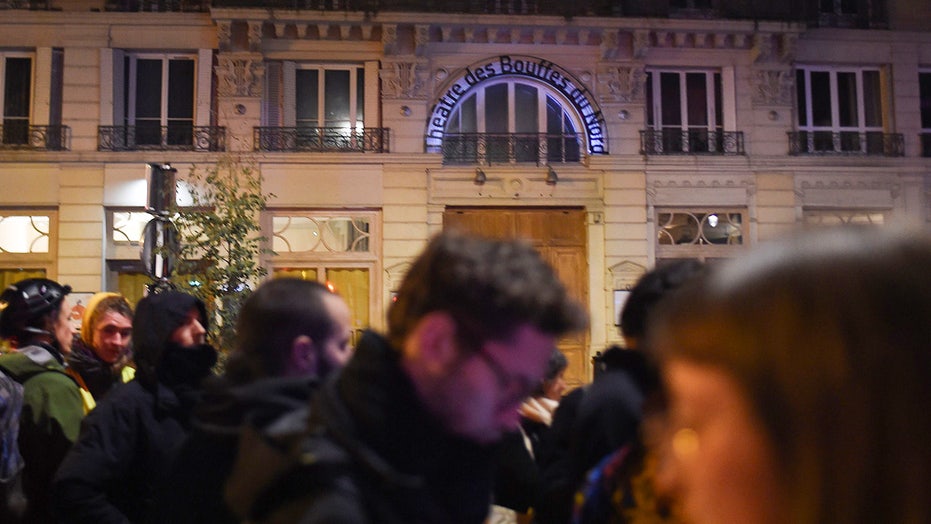 Angry anti-government protesters clashed with riot police at a Paris theater where French President Emmanuel Macron was attending a performance with his wife.

The police prevented about three dozen protesters from forcing their way into the theater Friday night, where Macron and his wife Brigitte were watching "La Mouche (The Fly)," the Telegraph reported.

It happened at the Théâtre des Bouffes du Nord near the Gare du Nord train terminus in northern Paris.

FRANCE'S MACRON: IF TRUMP PULLS US MILITARY OUT OF AFRICA, IT WOULD BE 'BAD NEWS'

Video showed protesters, angry with Macron over his controversial pension reform agenda, chanting and yelling. Some entered a door of the theater as surprised police tried to hold them back, according to The Associated Press.

Macron and his wife sped off in a black car after being escorted to safety by security officers and police.

"We were at Paris 7 University for a people's university, someone got a message that Macron was there, so we came to show that we're here, that there's a protest against pension reform, but not only that," protester Arthur Knight told France 24 TV.

Earlier Friday, dozens of protesters blocked the entrance to the Louvre museum and forced the Paris landmark to close.

A protestor speaks in a megaphone during a demonstration in front of the Bouffes du Nord theatre in Paris on January 17, 2020 as the French president attends a play. - Protestors demonstrate against French president's policies on pension reform. (Photo by Lucas BARIOULET / AFP) (Photo by LUCAS BARIOULET/AFP via Getty Images)

It was the first time since railway strikes and protests against the pension overhaul began 44 days ago that the Louvre and its Leonardo exhibit were fully shut down. About 30,000 people visit the museum every day.

Some videos on social media showed angry visitors booing at museum protesters to express their disappointment.

Some of those shut out of the Louvre were upset, while a few interviewed expressed solidarity with the strikers.

“I think it’s fine if they want to protest, but they shouldn’t block the plans of the people who have flown over here to see an exhibition of Leonardo," said Ben Garrett of Dallas, Texas.