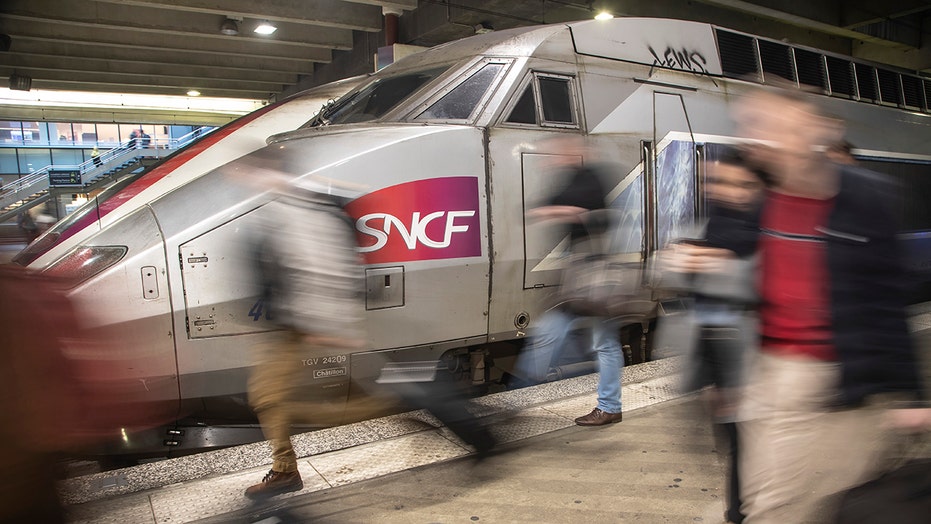 Rail strikes against France's plans to reform its retirement system marked a new milestone on Thursday as it entered its 29th day, reaching a 51-year record.

On Thursday, France’s transport strike against pension reform became the longest rail worker’s strike since May 1968, a period of civil unrest across the country, the BBC reported.

French President Emmanuel Macron reaffirmed his commitment to the pension overhaul during a televised New Year's Eve address on Tuesday but urged his government to "find the path of a quick compromise" with unions.

Macron vowed not to back down on the principles of the reform, including its most criticized measure: raising the eligibility age for full pensions from 62 to 64.

"It would be a betrayal of our children, their children after them, who would then have to pay the price for our giving up," he reportedly said.

Travelers arrive at Gare Montparnasse train station during the 29th day of transport strikes in Paris, Thursday, Jan. 2, 2020. The start of 2020 was the second New Year celebration in a row where Macron has faced social upheaval.  (AP Photo/Michel Euler)

Union leaders are also concerned workers will face a steep drop in the value of their benefits under the reform, The Guardian reported.

In his televised address, the French president stood firm on his belief that the new system will be more fair to all workers and will be financially sustainable.

To Macron, the retirement reform is central to his plan to transform France so it can compete globally in the 21st century. The government is arguing that France’s current pension system – which is divided into 42 different sectors based on occupation – isn’t economical and is in need of an overhaul.

NOTRE-DAME HAS '50% CHANCE' OF BEING SAVED, RESTORATION WORK WON'T BEGIN UNTIL 2021: RECTOR

The plan aims to unite the separate pension systems into one and get rid of special deals that let some French transit workers retire in their 50s.

The nationwide walkouts against the government's pension plans started December 5. The strikes have significantly impacted train and metro services in Paris and across the country over the holidays and continue to cause severe disruptions.

Many French people hoping to spend the holidays with family and friends were reportedly stranded because of canceled trains and severe traffic, while hundreds of flights were grounded.

The French National Railway Company said half of its high-speed trains weren't running on Thursday and only two automated lines were running normally in the Paris Metro, with spotty or non-existent service across the rest of the network.

Unions are preparing for more walkouts next week when French schools reopen after the holidays.

More talks between the government and unions are scheduled to be held on Jan. 7, according to the BBC.

Meanwhile, union leaders have reportedly called for a day of mass protests on Jan. 6 and a new blockade of petrol facilities, including refineries, is planned for 96 hours starting on January 7.

The chaos came as the general strike launched alongside the march created a travel nightmare for tourists and locals, prompting the closure of the Eiffel Tower and dozens of subway stations.