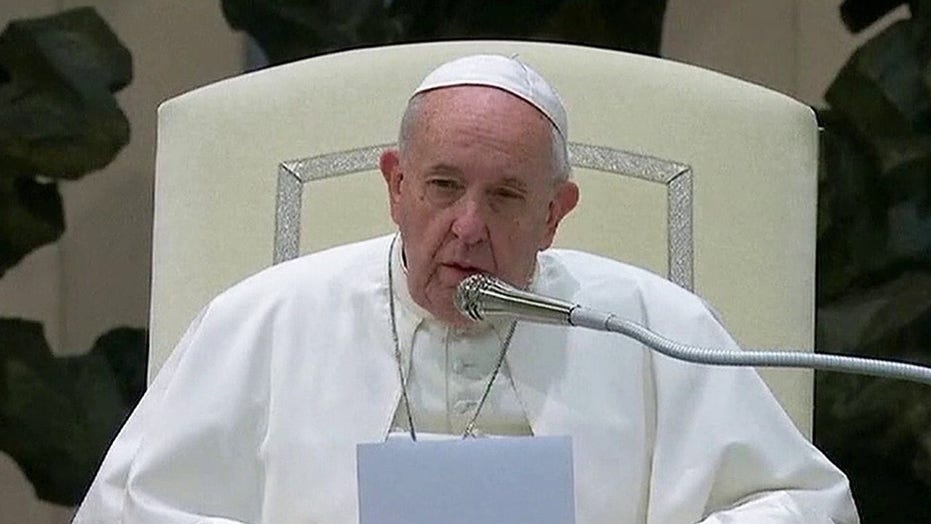 South American bishops proposed the plan due to a shortage of clergy in the region; Amy Kellogg reports from Milan, Italy.

Pope Francis on Wednesday allowed a man to give him a tender kiss on the forehead, a move that surprised observers after his angry reaction to a woman who violently grabbed his hand while he was greeting pilgrims at the Vatican on New Year’s Eve.

Francis seemed to enjoy the surprise expression of affection by a man in one of the front-row seats reserved for ailing or disabled people at the end of his audience.

Pope Francis is kissed by a man during his weekly general audience, at the Pope Paul VI hall, at the Vatican, Wednesday, Feb. 19, 2020.  (AP)

He appeared to be smiling when the man, who stood up when the pontiff approached to greet him and others in the front row, pulled the pope's head toward him and gave a kiss lasting several seconds.

The Vatican didn't immediately respond to a request for details about the man, who was casually dressed in a light blue, zippered sweat jacket.

On New Year's Day, Francis apologized for appearing to lose his cool and slap a woman’s hand after she had reached out and grabbed his hand when he passed by during a stroll to admire the Vatican's Nativity scene.

“So many times we lose patience. Me too,” Francis said in remarks to the public in St. Peter’s Square. “I say ‘excuse me’ for the bad example.”