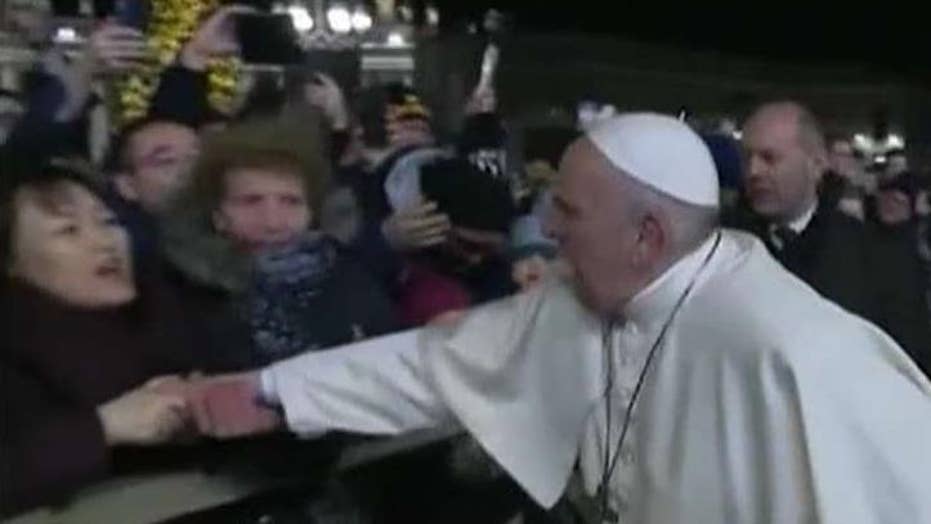 Pope apologizes for smacking hand of woman who grabbed him

Pope Francis issues an apology during his New Year's Day homily for slapping away the hand of a woman who grabbed him while he was greeting crowds on New Year's Eve.

Pope Francis has apologized after he appeared to lose his cool when a woman violently grabbed his hand while he greeted pilgrims at the Vatican on New Year’s Eve.

A video that went viral on Twitter showed an unidentified woman abruptly grabbing Francis’ hand from behind a barrier and yanking him towards her just after he reached out to greet a child during a visit to the Vatican’s nativity scene on Tuesday night.

It seemed like the woman would not release Francis’ hand, so the pontiff slapped her hand before pulling his free. Frowning in anger, he turned and strode away.

In his address on Wednesday morning in a packed St. Peter’s Square, the pontiff confessed to losing his patience with the woman.

“So many times we lose patience. Me, too,” said in his impromptu remarks. “I say ‘excuse me’ for the bad example.”

The video sparked indignation from Twitter users, with one person writing: “Not what Jesus would have done.” 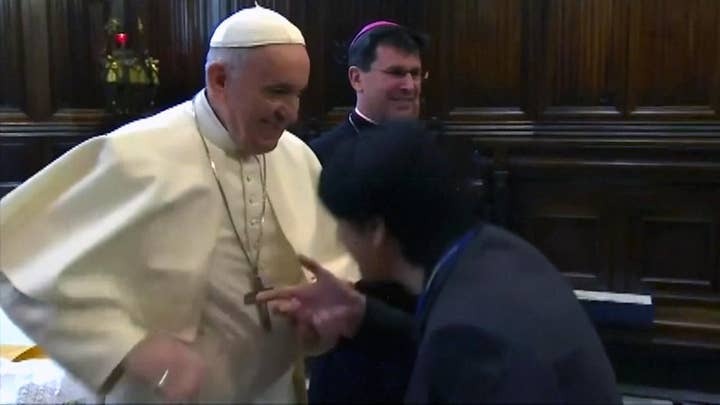 Days after a clip went viral, the Vatican said the pontiff had been worried about spreading germs. However, it prompted accusations of being disrespectful to tradition.

Fox News' Elizabeth Llorente and the Associated Press contributed to this report.