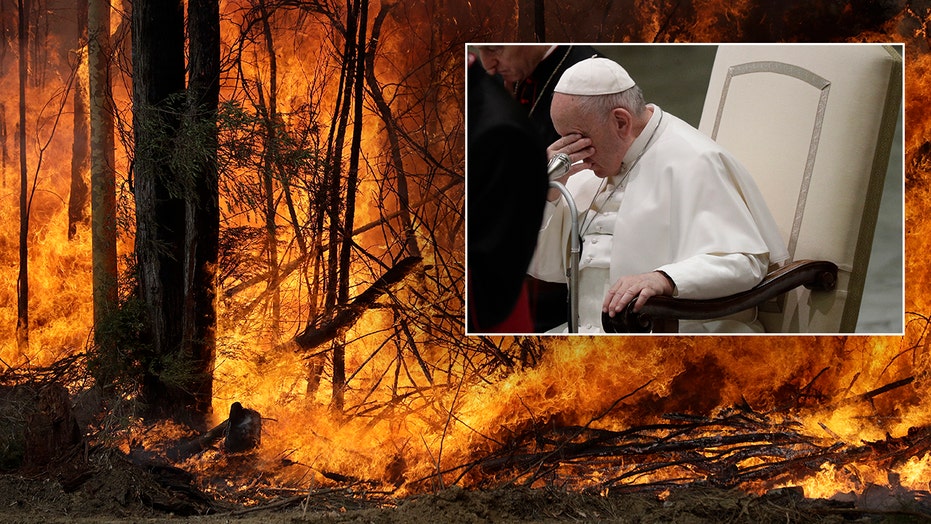 Race to save wildlife in Australia as fires continue to burn

Anna Kooiman reports from Sydney Wildlife Rescue on efforts to nurse animals back to health.

Pope Francis is calling on the faithful to pray for Australia as major fires rage across the nation.

Francis drew a round of applause after he made the unscripted appeal at the end of his general audience Wednesday.

"I'd like to ask for you to pray to the Lord to help the (Australian) people at this difficult moment, with these powerful fires," he said. "I'm close to the Australian people.”

Thousands of firefighters continue to battle the blazes that have burned millions of acres in New South Wales, Victoria and South Australia, an area twice the size of Maryland. Nationwide, at least 26 people have been killed and 2,000 homes destroyed by the blazes, while hundreds of millions of animals are believed to have perished.

In November, Francis urged governments to make good on their commitments to curb global warming, warning that climate change left unchecked threatens to turn Earth into a vast pile of "rubble, deserts and refuse."