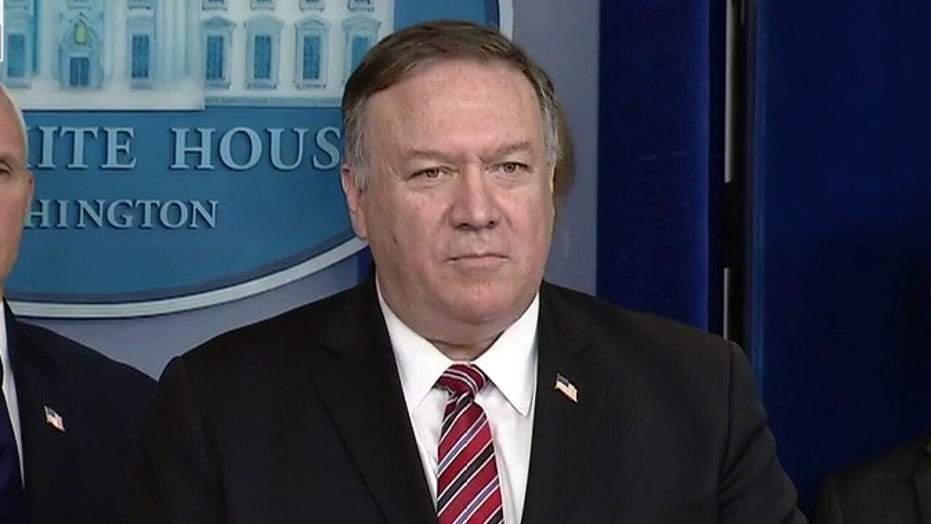 Pompeo: US continuing to deliver global leadership amid COVID-19

Secretary of State Mike Pompeo lashed out Monday at Iran, accusing the country of spreading dangerous rumors about COVID-19, including a conspiracy theory manufactured in China that the novel coronavirus behind the global pandemic was man-made by the United States.

Pompeo's comments were in response to a series of peculiar claims by Tehran accusing the United States of having nefarious intentions when it offered Iran money and medical supplies to help it combat the deadly disease.

"The U.S. has offered $100M+ in medical aid to other nations - including Iran - and our scientists are working 24/7 to develop a vaccine," Pompeo tweeted. "@khamenei_ir has rejected American offers and spends 24/7 concocting conspiracy theories. How does that help the Iranian people."

Pompeo also tweeted, "@khamenei_ir's fabrications that the U.S. is responsible for the #WuhanVirus put Iranians, Americans, and the rest of the world at risk. Facts matter. Here are a few:"

Pompeo then went down a laundry list of accusations against Iran including allegations that in February, Iran's Mehan Air, continued to fly at least 55 times between Tehran and China.

"At least five countries' first cases of #COVID19 were a direct result of the Iranian regime's disregard for everyone's health."

The State Department has also accused Iran of downplaying the number of COVID-19 cases as well as the deaths related to them.

Instead of accepting help, Khamenei questioned the motives of Americans and pushed one lie after another to his people.

"I do not know how real this accusation is but when it exists, who in their right mind would trust you to bring them medication?" he said, referring to the United States. "Possibly your medicine is a way to spread the virus more." 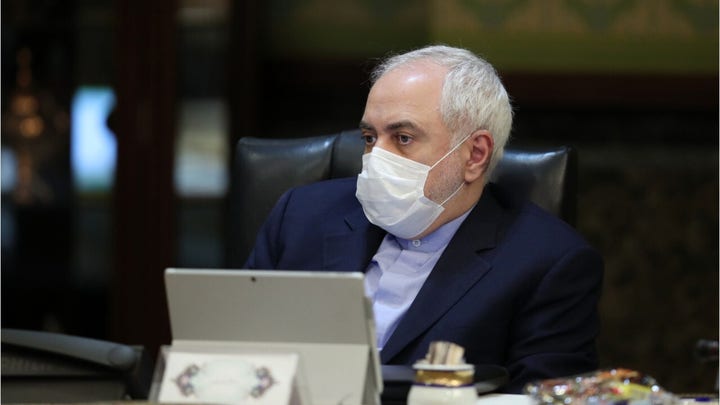 He also alleged without any evidence whatsoever that COVID-19 "is specifically built for Iran using the genetic data of Iranians which they have obtained through different means."

"You might send people as doctors and therapists, maybe they could want to come here and see the effect of the poison they have produced in person," he claimed.

There is no scientific proof to support Khamenei's comments.

However, his outlook does seem to align with propaganda out of China in recent days that has aimed to flip the narrative of COVID-19's origins and blame the United States for the deadly disease.

China has engaged in a high-stakes campaign to blame the United States for COVID-19, and then position itself as a global hero ready to come to the aid of the hardest-hit countries. Beijing's aggressive comments have prompted additional back-and-forth swipes between the State Department and its Chinese counterpart.

President Trump, though, has continued to call China and President Xi Jinping his friend.