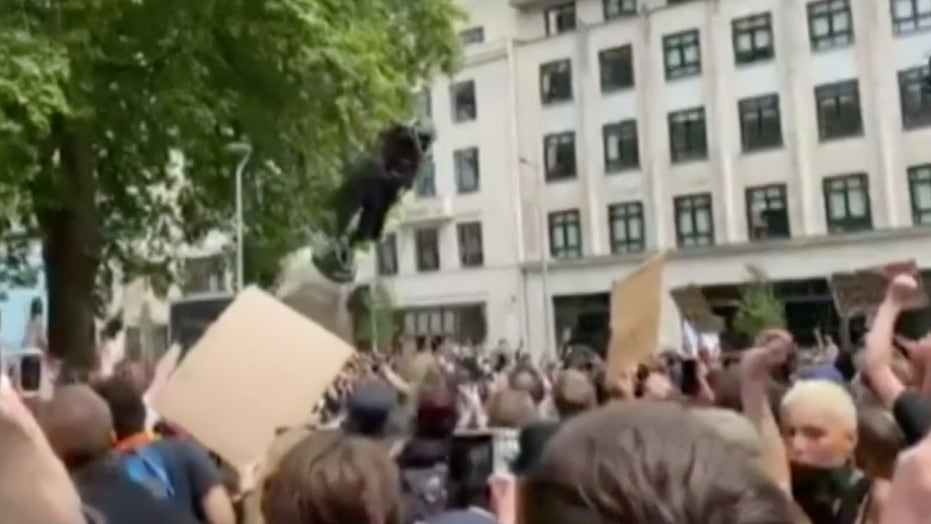 Penny Lane, the road in Liverpool that gained worldwide recognition after The Beatles wrote a song about it, is now “in danger of being renamed” if it can be proven that its title is linked to a slave trader, a local politician says.

Steve Rotherham, the mayor of the Liverpool city region, issued the warning to Sky News on Monday as a debate has emerged over the origins of the name Penny Lane.

One of the road’s signs was defaced on Friday with the word “RACIST” spray-painted next to it in an apparent reference to James Penny, a Liverpool-based slave trader whom the BBC says defended the practice during a parliamentary inquiry in the late 1700s.

A road sign for Penny Lane, made famous by The Beatles, after it was vandalized following perceived links with slave trader James Penny, in Liverpool, England, on Friday. (AP)

STATUE OF SLAVE TRADER FISHED OUT OF BRITISH HARBOR, TAKEN TO ‘SECURE LOCATION’

But the city’s International Slavery Museum tells Sky News that claims of Penny Lane being named after the James Penny are “not conclusive.”

"If it is as a direct consequence of that road being called Penny Lane because of James Penny, then that needs to be investigated," Rotherham said to the station. "Something needs to happen and I would say that sign and that road may well be in danger of being renamed.

However, Rotherham added there is “no evidence that is the fact.”

He suggested Penny Lane got its name from a toll to cross the road that was once paid in pennies, according to Sky News.

As for the definitive origin of the road’s name, the International Slavery Museum – which reportedly has Penny Lane in a display of streets with names linked to slavery -- says it is “actively carrying out research on this particular question.”

Across the United Kingdom, monuments of historical figures -- and what they represent -- have been under scrutiny and review in recent weeks following the death of George Floyd, a Minneapolis, Minn. man who died May 25 while in custody of police.