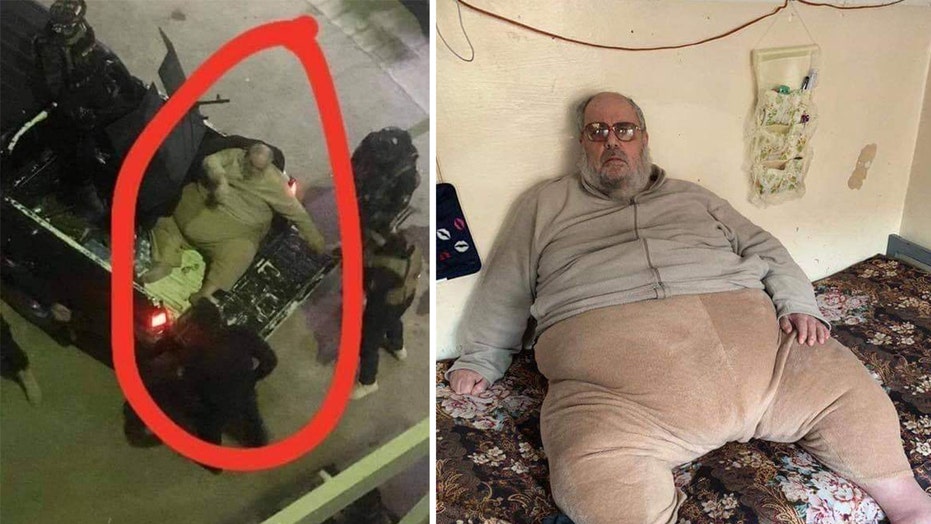 A massive 560-pound jihadi dubbed “Jabba the Jihadi” has been nicked by Iraqi forces, sparking a stream of hilarious Internet memes.

Hate preacher Abu Abdul Bari had to be loaded onto a flatbed truck after he was nabbed in his Mosul bolthole by Iraqi security forces.

Cops said he was an ISIS member who issued fatwas leading to the execution of a number of scholars and clerics, as well as the bombing of a mosque.

Macer Gifford, a Brit who fought against the death cult in Syria, tweeted: “I’m delighted to say that the Islamic State’s very own Jabba the Hutt has been captured in Mosul.

“Responsible for the execution of men, women, and children. This animal raped and murdered.”

Referring to the obvious problems the authorities might face carrying out the country’s death penalty, he added: “Good luck hanging him Iraq.”

Read more at The U.S. Sun