A Russian national was among the two people who fell ill after being “exposed to an unknown substance” while out to eat at a restaurant in the same British town that a Russian ex-spy was poisoned earlier this year.

Officials said a man in his 40s and a woman in her 30s were taken to the hospital after they became unwell at Prezzo restaurant in Salisbury on Sunday evening.

A spokeswoman with the Wiltshire Police said the pair came in contact with unknown substance, but could confirm “there is nothing to suggest that novichok is the substance.”

“At this stage, it is not yet clear if a crime has been committed and enquiries remain ongoing,” the spokeswoman added, Sky News reported.

'NOTHING CRIMINAL' ABOUT 2 SUSPECTS IN NOVICHOK POISONING, PUTIN SAYS 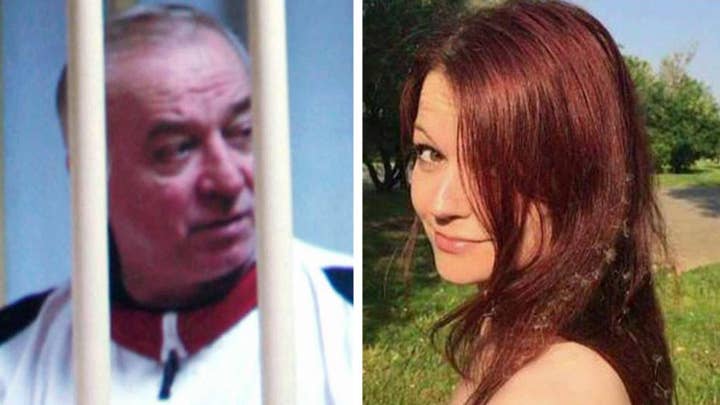 Sources says one of the pair is a Russian national, however additional information was not readily available, Sky News reported.

Novichok, a Soviet-engineered nerve agent, is believed to have been used to attack Russian ex-spy Sergei Skripal, 66, and his daughter Yulia in March. The father and daughter were found unconscious on a public bench in the city of Salisbury on March 4 and spent weeks in critical condition.

Two Russian men were charged earlier this month with poisoning them. Officials said the two men – Alexander Patrov and Ruslan Boshirov – used a fake perfume bottle to poison the Skripals at their home. British officials said the bottle was involved in another poisoning that left a woman dead.

The two men have been charged with conspiracy to murder, attempted murder and use of a nerve agent.

The Prezzo restaurant where the two people fell ill on Sunday is a short walk from Queen Elizabeth Gardens, where Dawn Sturgess was fatally poisoned by novichok at the end of June. It is also about 1,000 feet from the restaurant where the Skripals had dinner before they were found.