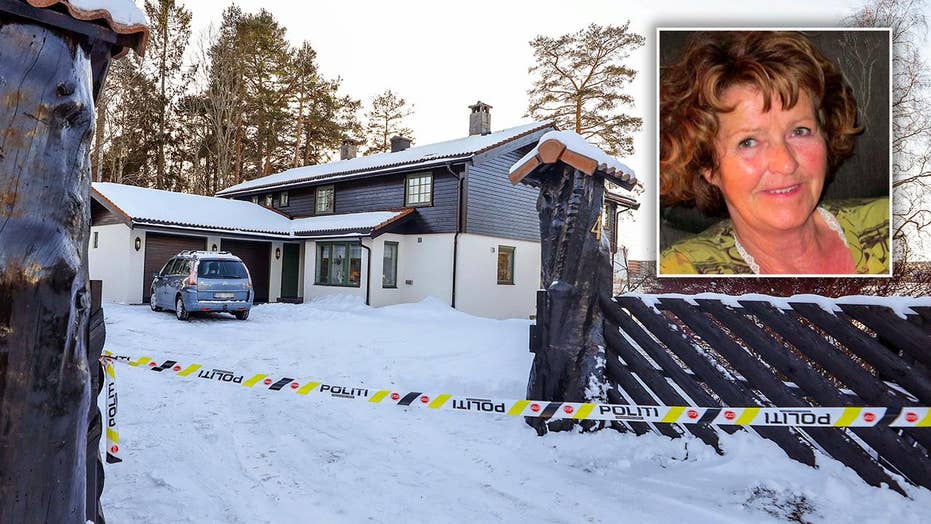 Anne-Elisabeth Falkevik Hagen was reported missing on October 31, when her husband returned home to find his wife gone and a ransom note demanding $10 million in untraceable cryptocurrency; Benjamin Hall reports from London.

Authorities in Norway have shifted course in the investigation of the alleged abduction of the wife of one of the country's richest men, revealing on Wednesday they believe she may have been killed and her kidnapping may have been staged.

Anne-Elisabeth Falkevik Hagen, who was last seen alive Oct. 31, is the wife of Tom Hagen — a media-shy real estate investor and owner of power facilities who is among the wealthiest people in Norway, boasting a total wealth of about $2 billion Norwegian kroner ($200 million).

Officials have been tight-lipped about the case since January, when it was believed the 69-year-old was kidnapped after a note was discovered in the couple’s house, near the capital Oslo, saying that she would be killed if a ransom wasn't paid.

But chief police investigator Tommy Broeske said Wednesday that detectives have now changed their "main hypothesis" about the case because of the absence of any signs of Falkevik Hagen's life or recent contact with the alleged kidnappers.

"The most likely is that she has been exposed to a serious crime but we consider it less likely that we are facing abduction with an economic motive," he told reporters. "The main hypothesis has been changed to that she has been killed."

Norwegian media had previously reported that a ransom of $10.3 million (9 million Euros), to be paid in cryptocurrency, was demanded by alleged kidnappers.

Anne-Elisabeth Falkevik Hagen was last seen alive on Oct. 31, 2018. Authorities revealed on Wednesday they believe she may have been killed and her kidnapping may have been staged. (Norwegian Police/AP)

Police said the alleged kidnappers had communicated with Tom Hagen by means of a digital platform that was not answerable. The note reportedly said the wife would be killed if police were involved.

Broeske said police have no motive for the alleged murder and declined to say whether anyone has been arrested.

He added that in addition to Hagen's possible killing, authorities "cannot exclude a staged kidnapping to hide it."

Police was informed about Falkevik Hagen's disappearance on Oct. 31 but didn't publicly speak about it until Jan. 9, after which hundreds of tips poured in.

In February, authorities admitted they had "no signs of life" in the case, but said they weren't winding down the investigation.

Norwegian authorities have been working with Europol and Interpol on the case. Police said the woman disappeared about 31 miles from the Swedish border.