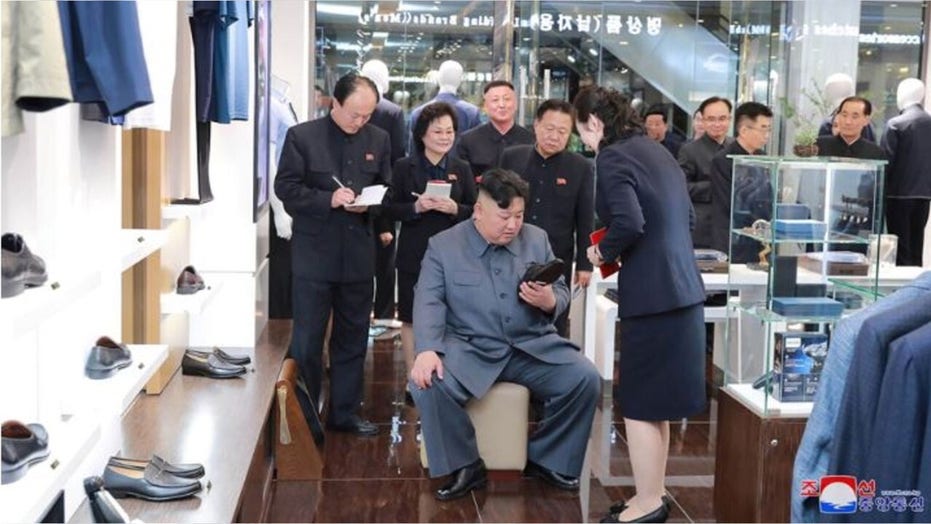 Pyongyang continuously has a steady flow of photographs and video hitting North Korea's state run TV network. It is the regime's effort to show the country the personaility of its leader.

North Korea wants its citizens and the outside world to believe there is never a dull moment in the life of its ruler Kim Jong Un.

In order to keep that cult of personality in place, the regime has released countless photographs and videos showing Kim doing all sorts of strange things. Here are five of the weirdest moments in recent North Korean propaganda:

In one of his latest exploits, Kim is spotted watching a group of the Hermit Kingdom’s female soldiers singing and dancing in front of him, backed by a trio playing a guitar, drums and an accordion.

The dictator – taking in the performance from a desk on the other side of a long, narrow room – at first appears unsure what to think. He then bursts out in applause.

The strange scenes reportedly were part of a documentary about two and a half hours long that highlighted Kim’s exploits in 2019.

It also has clips of Kim inspecting just about everything, ranging from bowls of soup to bathroom sinks – which brings a reminder of the next item on this list.

Kim smiles during a visit to a lubricant factory

If you feel unsettled looking at coils of this shiny, orange-yellow unknown substance coming out of a pipe – you are not alone.

The Chonji Lubricant Factory employee photographed alongside Kim in this 2014 propaganda image doesn’t look thrilled at what he is seeing either – despite the dear leader grinning ear to ear.

Kim, during a visit to the facility, reportedly praised its employees for their work and thanked them for producing a product North Korea previously imported.

It might be the one thing that has more appearances in North Korean propaganda than Kim himself -- the notepad.

Whether Kim is inspecting dress shoes, fish farms, soccer fields or swimming pools – he seems to always have some kind of knowledge to share – and for those closest to him, what better way to record this infinite wisdom than with the ubiquitous, all-weather notepad?

The scenes of people lining up alongside Kim and furiously scribbling down everything he says was a propaganda trick his grandfather Kim Il-Sung started in the 1950s, said James Grayson, a North Korea expert at the University of Sheffield, to the BBC.

"These are pictures that will be broadcast on television and shown in the state media, so those who are there want to be seen recording Kim Jong Un's every word," Grayson said. "It's about presenting him as having broad knowledge -- however, it's ridiculous, he can't possibly know about all of these different things."

If someone ever told you about a person being able to drive a car at 3-years-old, you’re probably imagining a toddler maneuvering an all-plastic set of wheels.

Yet Kim at that age managed to operate the real deal – if a syllabus distributed to North Korean teachers in 2015 is to be believed.

The same syllabus also states that Kim figured out boats “at the age of 9," where he "raced the chief executive of a foreign yacht company, who was visiting North Korea at the time.”

North Korean state media has helped publicize Dennis Rodman’s visits to the Hermit Kingdom over the years, releasing a number of images and videos showing Kim cozying up to the former five-time NBA champion. 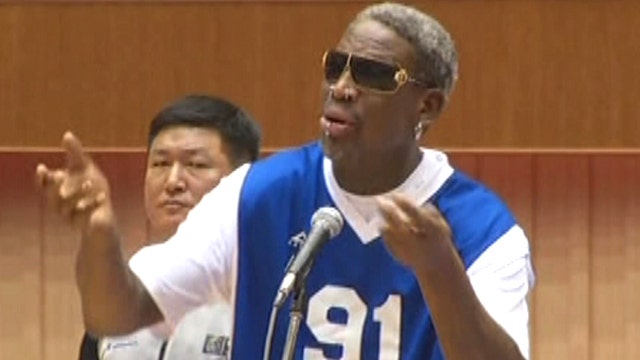 But it’s during a visit in 2014 that things get especially weird.

A crowd of thousands that packed an auditorium in Pyongyang for a basketball game suddenly started clapping in sync as Rodman sang Kim "Happy Birthday."