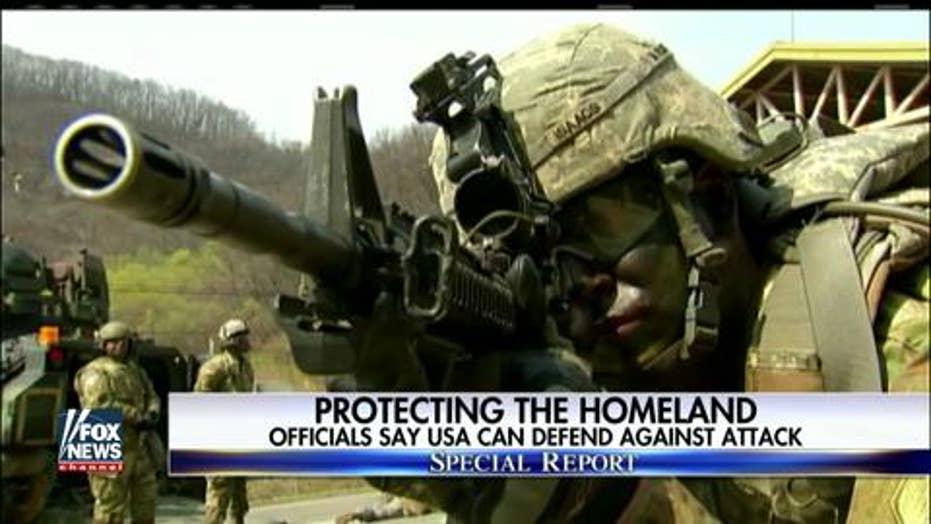 Peace vs. war: US pursues two tracks on North Korea

Amid the stunning revelations of advancements in North Korea's nuclear missile program, experts say there's another weapon in Pyongyang’s arsenal the world should keep a close eye on.

Kim Jong Un’s military has been collecting large stockpiles of nerve agents, such as sarin and VX, that could target U.S. military bases in the region and large cities like Seoul and Tokyo, according to a new report.

“Nuclear weapons are not the only threat,” Kelsey Davenport, director of non-proliferation policy for the Arms Control Association told the McClatchy Washington Bureau. “North Korea could respond to a U.S. attack using chemical weapons. That would be devastating.”

The Korea Research Institute of Chemical Technology reports the country has four military bases equipped with chemical weapons and at least 11 facilities where they are produced and stored.

Davenport said it would be difficult, if not impossible, to neutralize North Korea’s chemical weapon stockpile with a preventive strike.

“Compared to the nuclear threat, which involves, a finite number of warheads and delivery systems vulnerable to air defenses and antimissile systems, the chemical threat is not as easily negated,” military analyst Reid Kirby wrote in the Bulletin of Atomic Scientists.

The report on Pyongyang’s chemical arsenal comes amid rising tensions with the U.S., a conflict which saw an apparent de-escalation this week after North Korean media reported Kim Jong Un had delayed a decision about whether to follow through with his threat to fire missiles toward Guam, a U.S. territory.

President Trump said in a tweet on Wednesday the dictator made a “wise decision” to back down from his threats.

“The alternative would have been both catastrophic and unacceptable!” Trump wrote.

VX and sarin are two potent nerve agents, which attack the nervous system. Both are banned by the Chemical Weapons Convention, but several countries maintain stockpiles.

Trump accused the Syrian government of using chemical weapons on its citizens earlier this year, an attack that killed at least 74 people.

“There is legitimate concerns that sustained use of chemical weapons in Syria has lowered the threshold for their use elsewhere,” Davenport said.