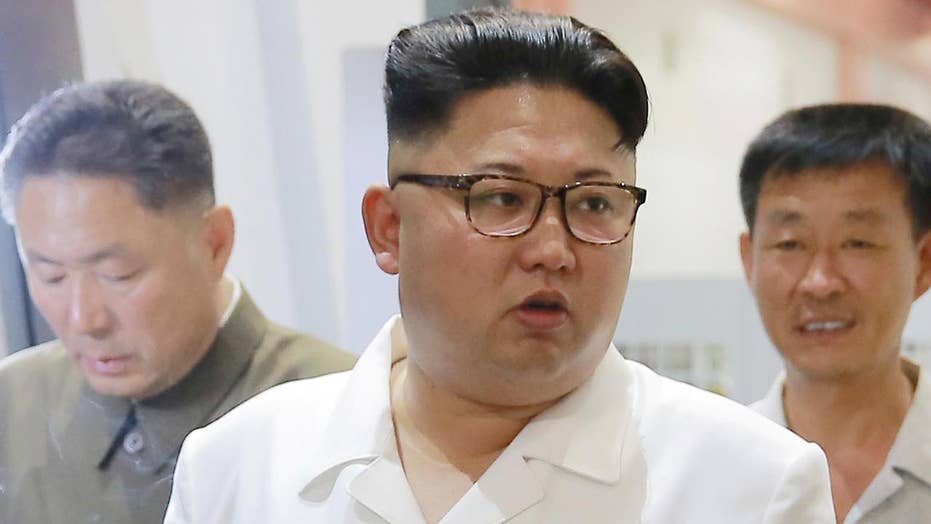 North Korea’s crippling nuclear test site is turning the area into a “wasteland” where “deformed babies” are being born and 80 percent of vegetation dies off due to nuclear radiation, nearly two dozen defectors told a South Korean newspaper Monday.

The Research Association of Vision of North Korea interviewed 21 North Korean defectors who lived in Kilju, a nearby town north of the Punngye-ri nuclear test site where six tests have been conducted, and said babies were reportedly being born with birth defects and residents feared radiation contamination because of the high mortality rate for any form of life, South Korean newspaper Chosun Ilbo reported.

“I personally saw corpses floating down the river with their limbs severed."

"I heard from a relative in Kilju that deformed babies were born in hospitals there,” one defector said, according to the newspaper.

Another added: "I spoke on the phone with family members I left behind there and they told me that all of the underground wells dried up after the sixth nuclear test."

A Ukrainian neurologist prepares to operate on a baby with a cancerous brain tumor at Kiev's Children's Neurological Clinic, one of four such operations conducted each day in the aftermath of the Chernobyl incident.. (Reuters)

The defectors said drinking water in the town streamed down from Mount Montap, where the nuclear tests were reportedly conducted underground. They added authorities left residents in the area to fend for themselves and provided no warning prior to the detonations or protections after. A defector who fled North Korea in 2010 recalled how only soldiers and their family members were evacuated before two tests were conducted.

"During the first nuclear test [October 2006] and second one [May 2009], only family members of soldiers were evacuated to underground shafts. Ordinary people were completely unaware of the tests,” the defector recalled.

“I personally saw corpses floating down the river with their limbs severed,” the defector said, adding that local residents were also ordered to dig “deep holes for those tests.”

Photos show the effect of radiation from the atomic bombs dropped on Hiroshima and Nagasaki. (Reuters)

The defectors claimed all forms of life struggled to stay alive. About 80 percent of trees that were planted on the mountains died off, and trout and pine mushrooms just “disappeared” from the region when the first nuclear test was conducted in 2006.

"If you plant trees in the mountains there, 80 percent of them die. You can blame it on poor planting, but the number of trees that die is higher than in other mountains,” a defector said.

A cow is seen with two legs protruding from its back after the Chernobyl disaster. (Reuters)

The defector accounts by Chosun Ilbo were not verified by North Korean officials, but the former North Korean residents claimed Kim Jong Un’s regime made sure none of the local residents were able to tell their stories.

One person recalled, "Kilju locals who made appointments in a large hospital in Pyongyang were not allowed to enter the capital after the sixth nuclear test."

"People who boarded trains to the border with samples of soil, water and leaves from Kilju County were arrested and sent to prison camps,” another defector said.

North Korea has slammed recent reports surrounding the Punngye-ri test site, calling a Japanese television’s claim that at least 200 people died when tunnels collapsed underground as “misinformation.” The report by Asahi TV, citing a North Korean source, stated hundreds were trapped and killed while doing underground construction on the tunnel last month. Scientists believe the site was destabilized after the sixth nuclear test on Sept. 3, when a purported hydrogen bomb was detonated. Satellite images obtained by 38 North, which specialized in North Korean issues, also showed a possible “collapsed chimney crater” at Mount Mantap.

Radiation leaking and drifting across the Sea of Japan and to the Japanese islands has also been a concern. Dr. Joel Myers, the founder and chairman of AccuWeather, said lingering radiation from the sixth nuclear test could threaten other countries. North Korean officials' hope to contain the radiation leakage within the Hermit Kingdom could change as winds pick up out of the northwest, according to Myers.