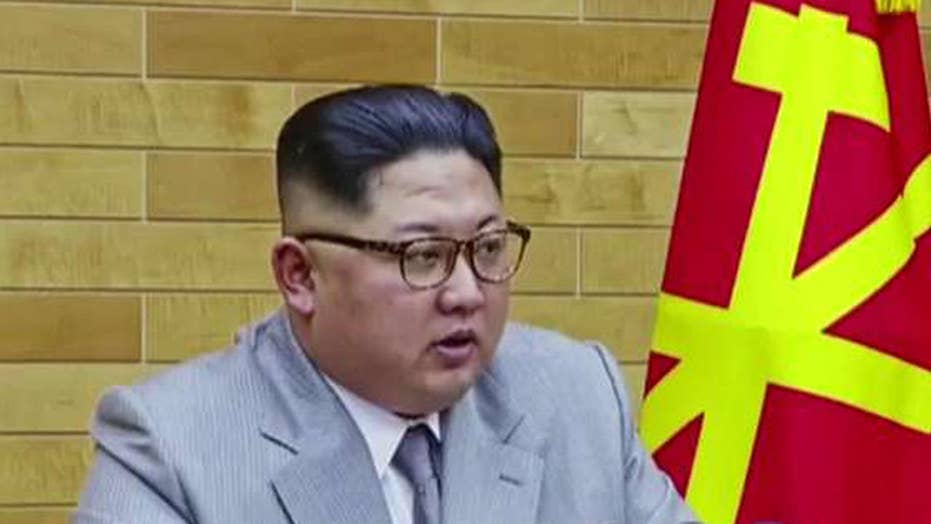 North Korea announced it has canceled a high-level summit with South Korea and is threatening to cancel its meeting with the United States over American military drills with South Korea, Yonhap News reported Tuesday, citing KCNA.

KCNA, North Korea's state media outlet, claimed that the military drills were a rehearsal for a potential invasion of the country.

"This exercise targeting us, which is being carried out across South Korea, is a flagrant challenge to the Panmunjom Declaration and an intentional military provocation running counter to the positive political development on the Korean Peninsula," KCNA said, according to Yonhap News. "The United States will also have to undertake careful deliberations about the fate of the planned North Korea-U.S. summit in light of this provocative military ruckus jointly conducted with the South Korean authorities."

A meeting between President Trump and North Korean dictator Kim Jong Un is also in jeopardy, according to Yonhap News. Trump announced last week that the "highly anticipated meeting" with Kim would take place in Singapore on June 12.

State Department Spokesperson Heather Nauert said during a Tuesday briefing that they had not received any "formal or even informal notification of anything," and are continuing to plan the summit.

"I will say that Kim Jong Un had said previously that he understands the need and the utility of the United States and the Republic of Korea continuing in its joint exercises. They're exercises that are legal, and they're planned well, well in advance," Nauert said. "We have not heard anything from that government or the government of South Korea to indicate that we would not continue conducting these exercises or that we would not continue planning for our meeting between President Trump and Kim Jong Un next month."

She also added that the exercises are "certainly not provocative."

U.S. B-52 bombers, however, may not particpate in a U.S.-based air drill, according to a Yonhap News report.

A statement from Press Secretary Sarah Sanders Tuesday said the White House was "aware of the South Korean media report" and that the U.S. "will look at what North Korea has said independently, and continue to coordinate closely with our allies."

A source from the National Security Council told Fox News earlier that the White House didn't yet know what to make of North Korea's statements, adding "this is the way they operate."

The U.S. and North Korea have been making good progress toward talks about Kim giving up his nuclear program, according to the source. And while they said it's possible that North Korea could be thinking about derailing the summit, at the moment, "we don't think so," the source said. 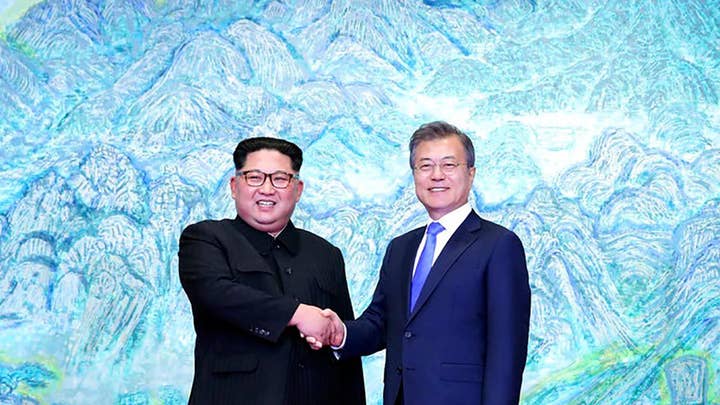 Wednesday's meeting between officials from North and South Korea was expected to be a follow-up to the historic summit held in late April between North Korean leader Kim Jong Un and South Korean President Moon Jae-in.

The pair last month discussed the denuclearization of the Korean peninsula.

The canceled meeting was reportedly going to be held on the south side of Panmunjom.

South Korea called North Korea's decision to cancel the meeting "regrettable," and demanded a quick return to talks, according to The Associated Press.

The Pentagon confirmed that the joint military training was already underway and "has not changed."

"The purpose of the training is to enhance the ROK-U.S. Allilance's ability to defend the ROK and enhance interoperability and readiness," the statement said. "While we will not discuss specifics, the defensive nature of these combined exercises has been clear for many decades and has not changed."

The military exercises began on Friday and included roughly 100 warplanes such as F-22 radar-evading fighters, B-52 bombers and F-15K jets, Yonhap reported.

The Pentagon has previously said that the annual joint military exercises with South Korea would continue despite the recent thaw in tensions between the U.S. and the rogue nation.

Kim recently told South Korean representatives that "he could understand why the joint exercises must resume in April on the same scale as before," South Korean national security adviser Chung Eui-yong told The New York Times.

The North's military was also reportedly informed of the planned drills.