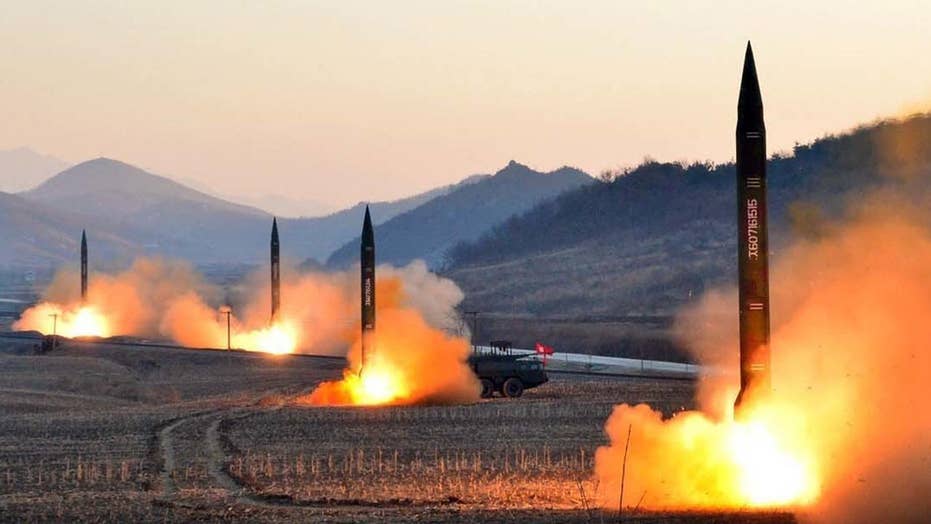 A former U.S. ambassador wrote an op-ed in The Wall Street Journal Friday warning that North Korea’s nuclear threat is not limited to a bomb striking a U.S. city.

A nuclear bomb that detonates 40 miles above a target (and hundreds of miles away) could deliver serious consequences, Henry F. Cooper, who was the director of the Strategic Defense initiative under President George H.W. Bush, wrote.

He pointed to the time the U.S. detonated nuclear warhead 900 miles southwest of Hawaii. It was 1962 and the high-altitude nuclear bomb “destroyed hundreds of street lights in Honolulu, caused electrical surges on airplanes in the area and damaged at least six satellites.”

Russian generals reported back in 2004 that North Korea has in its possession the designs for these so-called “super EMP nuclear weapons,” th op-ed said. At around that time, Congress put together a commission to study such an explosion, and determined that there would be no effects on the ground, but the high-altitude electromagnetic pulse would render “critical electricity-dependent infrastructure” inoperable.

The op-ed raises questions about whether or not North Korea ran a “dry run” recently, when a medium-range missile reportedly exploded midflight in what was seen as a failure. The article questions if the missile was deliberately detonated.

The op-ed mentions that some analysts say that Pyongyang is far from launching a viable EMP attack on the U.S. or South Korea. But the EMP may be a more realistic option for Pyongyang, because there is little need for accuracy.

The op-ed pointed to a report that said “even a balloon-lofted warhead detonated at 30 kilometers altitude could blackout the Eastern Grid that supports most of the population and generates 75 percent of US electricity.”

“Detonation at that altitude of a nuclear warhead with a yield of 10 to 20 kilotons—similar to those tested by North Korea—would produce major EMP effects and inflict catastrophic damage to unhardened electronics across hundreds of miles of surface territory. It is a myth that large yield nuclear weapons of hundreds of kilotons are required to produce such effects,” he writes.