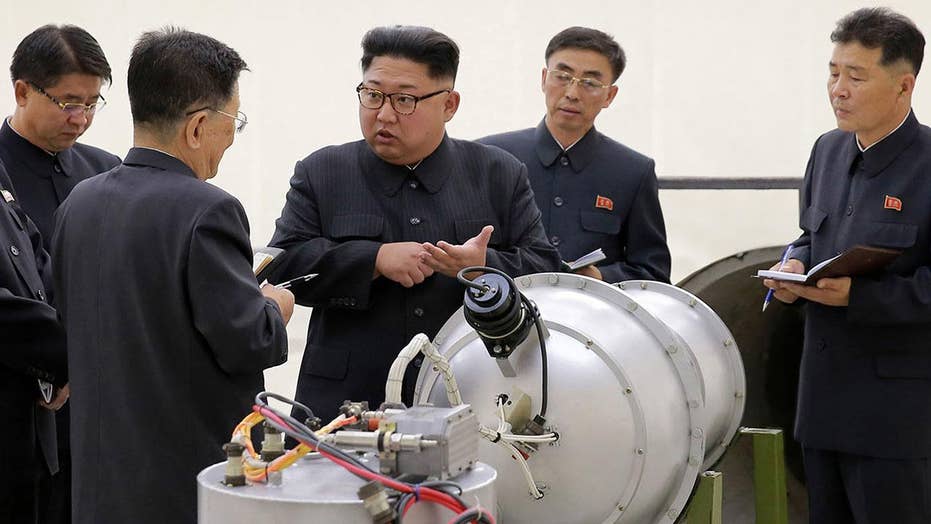 "Our military is observing the situation and maintaining readiness," South Korea’s Joint Chiefs of Staff said in a statement.

The projectiles were fired from the South Pyongan Province, which surrounds the capital city of Pyongyang, and landed in the waters off the country's east coast.

The White House has not commented on reports of Tuesday's launching, which is the 10th such launch since May.

The launches come as the North offered to restart nuclear talks with the United States later this month. North Korean officials are aiming to get the U.S. to curb its crippling sanctions and make concessions.

In a late-night statement announced by state media, Choe Son Hui, the North's first vice foreign minister, said her country may end negotiations if U.S. proposals are not found to be acceptable.

She warned that "if the U.S. side fingers again the worn-out scenario which has nothing to do with new decision methods at the DPRK-U.S. working negotiation to be held with so much effort, the DPRK-U.S. dealings may come to an end."

The North has ramped up its missile and rocket tests in recent months, alarming American, Japanese and South Korean officials. Many of the tests have been in protest of joint military drills held by American and South Korean armed forces that the North sees as a rehearsal for an invasion.

Most of the North Korean weapons tested in July and August were short-range, which would not violate its self-imposed moratorium on long-range tests that would almost certainly derail future negotiations.

North Korea has also demanded the removal of Secretary of State Mike Pompeo from nuclear negotiations, accusing him of distorting Pyonhyang's statements and holding a hard-line stance on sanctions. Choe said Pompeo's statements has increased the animosity North Koreans have for Americans.

Trump has downplayed the North's slew of weapons tests, saying short-range tests were never restricted. Kim and Trump met briefly at the Demilitarized Zone in June, but no public meetings have been held between both sides since.