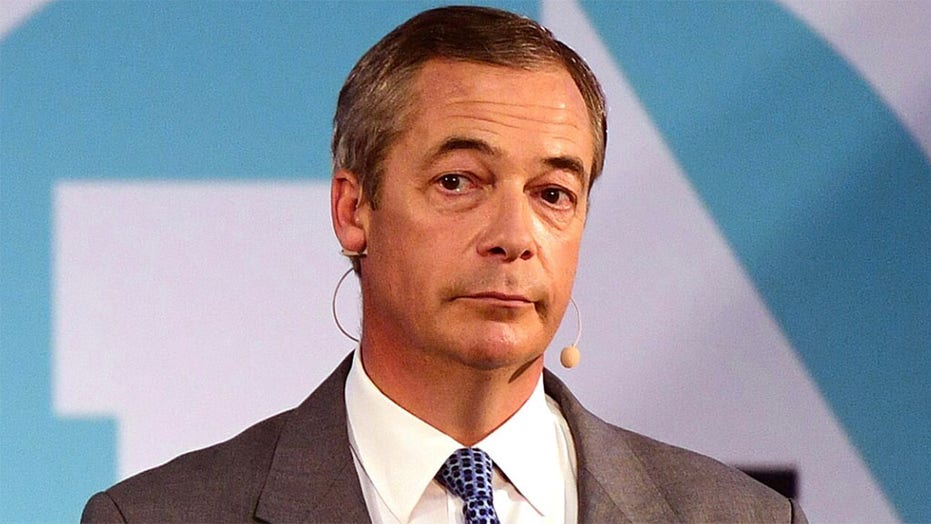 Conservative British politician and Brexit Party leader Nigel Farage has left his talk show at LBC radio after he made comments comparing the Black Lives Matter supporters to the Taliban.

Farage faced a storm of backlash after tweeting about protesters demonstrating against police brutality and racial discrimination. Protests in the United States over the death of George Floyd, a black man who died while police custody, have spread around the world, including England.

“A new form of the Taliban was born in the UK today,” Farage tweeted Sunday. “Unless we get moral leadership quickly our cities won't be worth living in.”

"The Nigel Farage Show" began in 2017 and aired five days a week. He often took calls from listeners to discuss current events, Sky News reported. He hosted the show as recently as Wednesday.

LBC confirmed Farage's exit in a Thursday tweet, saying he is stepping down "with immediate effect."

"Nigel Farage’s contract with LBC is up very shortly and, following discussions with him, Nigel is stepping down from LBC with immediate effect," the network posted. "We thank Nigel for the enormous contribution he has made to LBC and wish him well."

The remarks from Farage came shortly after protesters in Bristol pulled down a statue of Edward Colston and threw it in the harbor. Colston made a fortune shipping more than 100,000 African slaves across the Atlantic to the Caribbean and other countries during the 17th century. 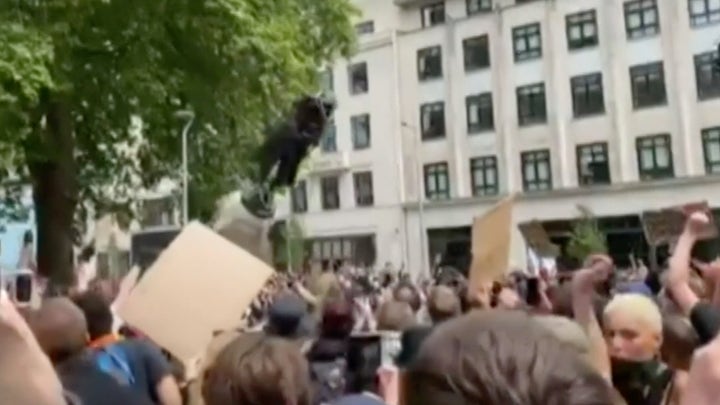 In the U.S., similar demolitions of statues honoring Confederate figures and Christopher Columbus have evolved from the protests over Floyd's death as the U.S. continues to reckon with its racial past.

In response to the news of Farage's departure, fellow LBC radio presenter tweeted Thursday: "We got our station back," echoing the conservative leader's 2016 tweet upon news of Britain's referendum to leave the European Union when he posted: "We got our country back."