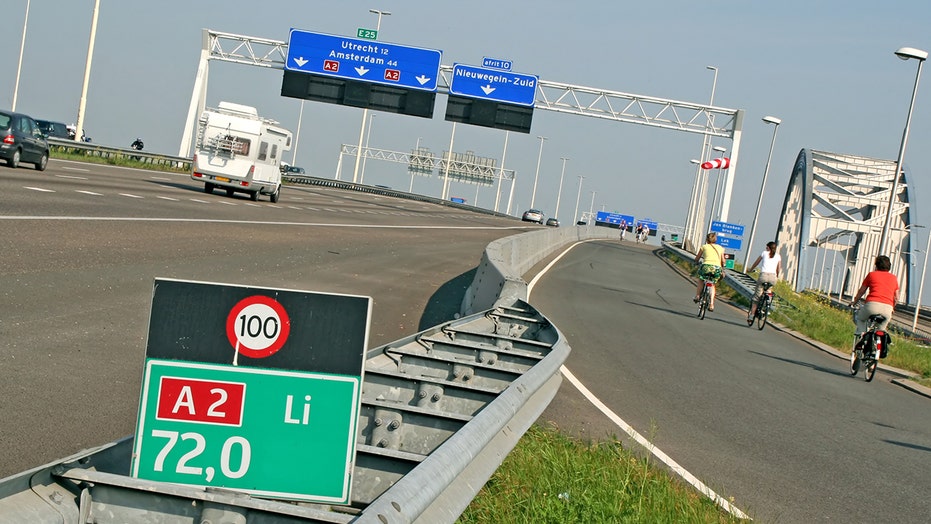 Get ready to hit the brakes if you plan on hitting the roads in the Netherlands in the future.

The measure followed a Dutch Supreme Court decision in May that said the government's rules for granting permits to projects that emit nitrogen oxide were breaching European Union environmental law. That ruling led to a freeze on permits for many construction projects.

Dutch Prime Minister Mark Rutte, whose conservative party is known as the "vroom vroom" party because of its support of motorists, admitted it was a "rotten measure" but necessary.

"No-one likes this," he said at a news conference Wednesday. "But there's really something bigger at stake. We have to stop the Netherlands from coming to a halt and jobs being lost unnecessarily."

The daytime speed limit in the Netherlands will be reduced to 62 mph in order to reduce emissions. (iStock)

The reduction in the speed limit came after major infrastructure projects across the country were placed on hold in the wake of the court ruling. Government officials wanted to build 75,000 homes next year but spent the last week trying to find a solution to cutting the pollutants, according to the BBC.

Last month, Dutch farmers clogged up nearly 700 miles of major highways across the country when they staged protests over being unfairly blamed for the emissions problem.

Rutte said Wednesday that the important delayed construction projects can resume after the speed limit has been reduced. The law change will now give the Netherlands one of the lowest speed limits in the E.U., according to Deutsche Welle.

The Association of Dutch Car Dealers slammed the plan on Wednesday, saying it will barely lower emissions. Meanwhile, the environmental organization Milieudefensie said the law was "good news for nature and the environment," Deutsche Welle reported.