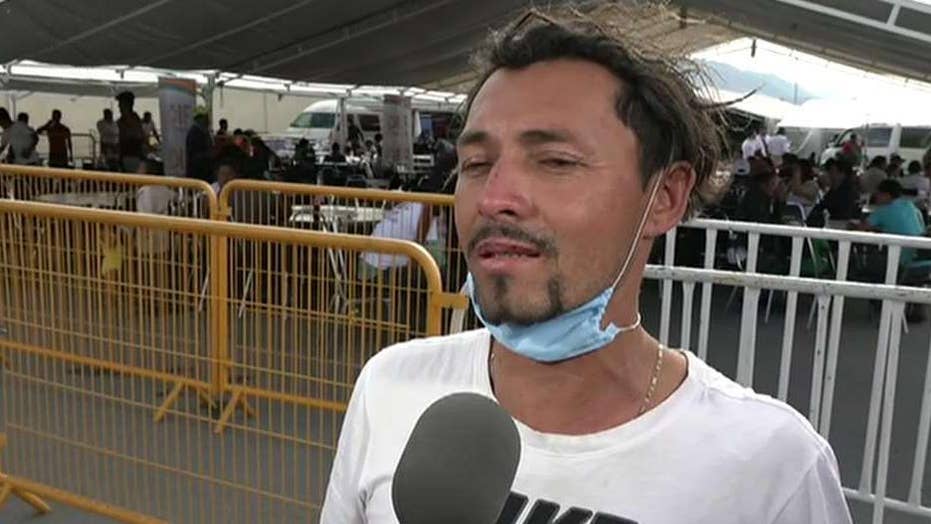 Central American migrants embark on final leg to US border

SALTILLO, Mexico -- More than 2,000 migrants boarded dozens of buses provided by the Mexican State of Coahuila en route to the border city of Piedras Negras, where a shelter with federal resources awaits them.

The caravan will arrive at the border on Monday, a day ahead of President Trump’s State of the Union speech – and on the heels of the Pentagon’s announcement that nearly 4,000 troops will be deployed to the region in the coming weeks.

For many of the migrants, who began this journey on Jan 15 in San Pedro Sula, Honduras, it is the final destination before they attempt to cross into the U.S. either legally by claiming asylum at a port of entry or illegally at various spots along the Texas border.

“For security reasons, I cannot say which way we're going to take,” says Antonio Morales of El Salvador who intends to cross illegally.

“Plus, if Mr. Donald Trump is watching, I can't tell you where I'm going to go to get into your country,” he said.

As far as official support and coordination with the caravan from Mexico, here in Coahuila it is highly organized and substantial.

The official twitter account of Coahuila announced that the caravan was on its way to the border.

"The Governor @mrikelme oversaw the support for the #CaravanaMigrante, which leave tomorrow morning in the direction of the frontier city of #PiedrasNegras.#FuerteCoahuilaEs

Monday morning, the Secretary of Coahuila Jose Fraustro oversaw the bus operation in Saltillo, telling Fox News that this is the best, safest, most efficient way to handle the situation given the migrants’ circumstances.

But he also said the caravan should have been deterred or handled at Mexico’s southern border rather than allowing it to trek 1,300 miles across the country.

Now he says many of them have health issues and will have to wait long periods of time if their goal is asylum in America.

Health officials here confirm that there are many respiratory infections, gastrointestinal conditions, five cases of chicken pox, one individual with HIV and one case of swine flu.