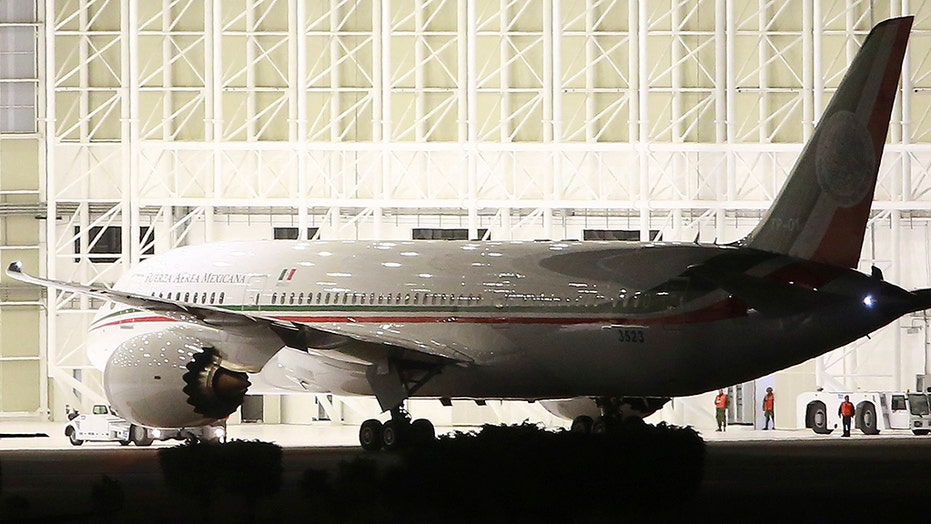 Mexico is selling a “VIP” experience that apparently nobody wants.

A luxurious presidential jet that current leader Andres Manuel López Obrador has been trying to pawn off as part of his austerity program is returning to Mexico on Tuesday after failing to find a buyer in the United States, where it piled up about $1.5 million in maintenance costs over the last year.

“You, you biggest producers, your elite sales team, your most prized associates can now enjoy a reserved flight experience until now only available to heads of state,” a brochure López Obrador once proudly showed off in hopes of selling the Boeing Dreamliner read, adding that it has “incomparable VIP capacity.”

Bought by his predecessor Enrique Peña Nieto, the jet is expensive to run and now configured to carry only 80 people, albeit with a full presidential suite with a bedroom and private bath, according to The Associated Press. While it drew some interest while parked at an airfield in Victorville, Calif., over the last year, López Obrador said potential buyers had been unable to obtain financing for the purchase.

Mexico's former presidential plane, a Boeing 787-8 Dreamliner, has failed to find a buyer after being on sale for over a year in the U.S. (Getty Images)

Among the ideas López Obrador is now entertaining is to sell it to a consortium of companies for executive incentive programs, rent it out or barter it for needed goods, in hopes of paying off the remainder of the purchase price.

In a scheme known as “fractional ownership,” the government is hoping to sell off the plane in 12 “shares;” the buyers would have access to use the plane, and would pay operating costs. The brochure suggests the plane could be used for “brand exposure” or to “attract investors or global personalities to your corporation with greater ease.”

Gone are the hopes it would raise a lot of money for anti-poverty programs. Mexico is now just hoping to cut its losses on the plane, which the AP says is too expensive to reconfigure back into a commercial airliner that normally carries as many as 300 passengers.

Lopez Obrador, who has opted to fly tourist class on regular commercial flights and eschew travel abroad, has long railed against perks provided for public servants. Whenever possible, he likes to travel by ground in an SUV, and over the weekend he posted a photo of himself waiting on the side of a road while a flat tire was repaired.

The government is offering 19 planes and nine helicopters in the first round of auctions, which it hopes will raise over $1 billion. Most of the aircrafts in the first lot were used by the army, navy and president's office.

Many of the planes to be auctioned off in later rounds belonged to the Attorney General's Office, raising the question of whether the sales could threaten key governmental tasks like law enforcement in drug detection and eradication programs.

But López Obrador said there would still be enough aircraft to carry out needed tasks in disasters and emergencies.