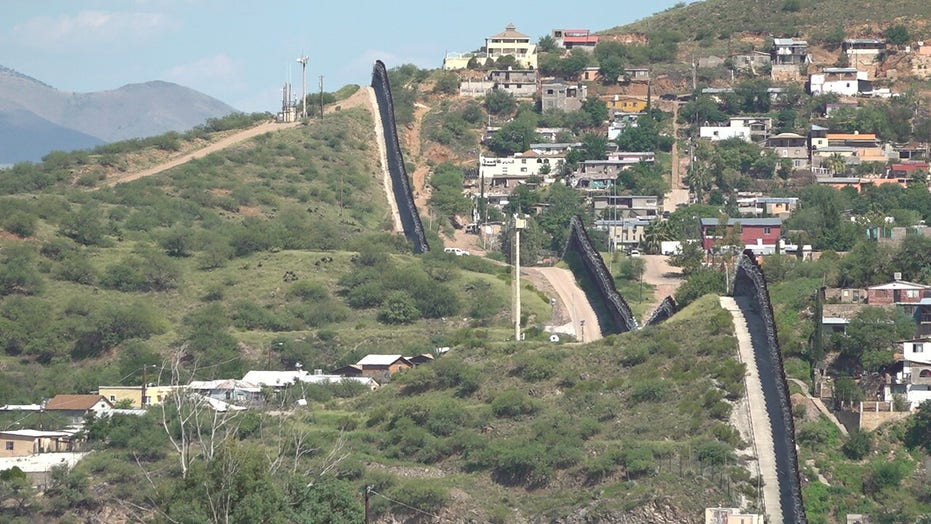 Mexico’s increasingly militarized crackdown of powerful drug cartels has left nearly 39,000 unidentified bodies languishing in the country’s morgues – a grotesque symbol of the ever-burgeoning war on drugs and rampant violence.

Investigative NGO Quinto Elemento Labs, in a recent report, found that an alarming number of people have been simply buried in common graves without proper postmortems, while others were left in funeral homes.

The so-called war of drugs has claimed the lives of nearly 300,000 people over the last 14 years, while another 73,000 have gone missing.

All the while, these cartels have yet to be designated formal terrorist organizations despite boasting well-documented arsenals of sophisticated weaponry to rival most fear-inducing militias on battlefields abroad.

"The Mexican cartels operate like a sophisticated terror group and use advanced weapons to kill and intimidate. They use military-grade weapons and are a serious national security threat to the U.S.," Derek Maltz, a former Drug Enforcement Agency (DEA) head of the Special Operations Division, told Fox News. "As the Mexican cartels expand their operations around the world and grow their revenue, they utilize the latest and greatest technology and buy the top of the line weapons."

Mexican national guardsmen patrol near Bavispe, at the Sonora-Chihuahua border, Mexico, Wednesday, Nov. 6, 2019. When drug cartel gunmen opened fire on American women and children in northern Mexico on Monday, the Mexican Army, the National Guard and Sonora state police were not there to protect them. It took them about eight hours just to arrive. (AP Photo/Christian Chavez)

Two dozen of the explosive-charged quadcopters were reportedly recovered from a cartel car in Michoacan state in late July, the container-like bombs stuffed with C4 charges and ball bearings to function as shrapnel and adhered to the drones.

While the cartels were previously known to utilize aerial capabilities to disseminate drugs over border barriers and conduct surveillance, the recent findings have raised deeper questions over their battle-ready tactics.

"Between 2012 and 2017, Mexican cartels operated 850 incursions into the United States through drones," observed Lee Oughton, co-founder and COO of the Mexico-based Fortress Risk Management, citing government data and intelligence collection. "Mainly, the cartels of Sinaloa, Los Zetas and Jalisco Nueva Generación have surpassed the Mexican and U.S. authorities with their drone fleets."

Since 2014, a report by Robotics Business Review affirmed, Mexican cartels learned to build and use drones for their criminal activities -- explaining that a drone has the capacity to carry more than 220 pounds of cocaine. So the use of drones reduces the risk and costs for drug trafficking.

In addition to an advancing air arsenal, the stockpile of the land-based armory is expanding and improving.

In a calamitous and hourslong showdown last October between Mexican police and the notorious Sinaloa cartel over the arrest of Joaquin "El Chapo" Guzman's son, cartel operatives battled back with Barrett .50-caliber anti-materiel rifles, staggering .50-caliber M2 machine guns hoisted to gun trucks, and at least one vehicle with an "improvised armored turret-like structure in the back," deemed "narco tanks" in scenes that mirrored the urban fighting jungles of Mosul rather than Mexico.

Such "narco tanques" – as they are referred to in Spanish – are brought to life by modifying commercial pickup trucks and substituting rear beds with high-walled, open-topped frames.

The photos illustrate a self-enterprising assemblage of scrap metal and glass to function as a bulletproof vehicle, reportedly belonging to the Los Viagras cartel currently embroiled in territorial conflict with other regional players.

The do-it-yourself armored carriers are colloquially referenced as the "Rhinoceros, "Batmobile," "Monster" or even the "Popemobile," the Mexico Daily News reported. Some are additionally furnished with inch-thick steel panels and retain the capability of traveling close to 70 miles per hour while heaving out nails and oil slicks to offset pursuers from the rear.

Oughton highlighted that armored vans used mostly by the CJNG include everything from Ford F150 and 250, to Dodge Ram 1500, to Jeep Wranglers, Hummers and Chevrolet Colorados. He also underscored that, based on extensive intelligence gathering, the major cartels are in possession of multiple frag rag grenades, Molotov pumps.

DEA agents search a residential house during an arrest of a suspected drug trafficker on Wednesday, March 11, 2020, in Diamond Bar, Calif. In early-morning raids Wednesday, federal agents fanned out across the U.S., culminating a six-month investigation with the primary goal of dismantling the upper echelon of the Jalisco New Generation Cartel, known as CJNG. (AP Photo/Richard Vogel)

"The most common way of entering weapons into the country is through ant trafficking where hundreds of people separately acquire one or more weapons which they deliver to groups that are in charge of sending them to Mexico," he continued, adding that the infamous "narco tunnels" as a means of trafficking drugs north have also "over time (increased) in with lighting installations, ventilation systems, and an electric train system."

At least half of the firearms obtained by the cartels, experts contend, are trafficked in from the United States. A 2020 report released by the United Nations Office on Drugs and Crime (UNODC) shows that weapons are illicitly transported over in small quantities, with cartels securing the arms batches through "straw purchases," which involve recruiting people with "clean" records to buy weapons and then illegally pass them on.

Grillo pointed out that much of the cartels' skills in recent times has stemmed from their ability to customize and enhance everything from drones to vehicles to imported guns -- such as taking a basic semiautomatic rifle and converting it into an automatic, or augmenting a simple drone with an explosive.

Not to be outdone by air and land wherewithal, the sea space is also a fast-emerging arena for cartel capabilities.

Late last year, the first-ever narco submarine used for smuggling purposes was seized off the European coast by Spanish authorities -- prompting head scratching as to how the vessels ventured thousands of miles undetected. While this particular craft, not yet fully submersible, was linked to cartels in Colombia, intelligence reports indicate that Mexico's outfits have similar capabilities when it comes to self-propelled semi-submersibles (SPSS) or low-profile vessels (LPV).

"This model for trafficking drugs has been used since 1993, and the cartels began using it with semi-submersible submarines so that most of the cabin and exhaust pipes are visible above the water," Oughton explained. "However, there are already new completely submersible models designed not to be detected by infrared ray systems, radar or sonars, and even when they are capable of transporting large amounts of drugs, their construction is complicated, and if they are discovered, the losses are considerable."

Moreover, Johan Obdola, president of the Canada-based Global Organization for Intelligence (IOSI) and a former counter-narcotics chief in Venezuela, said it is difficult to put a number of narco subs used for drug trafficking in Mexico.

"Now, we know that the use of narco subs and narco torpedos as tactical weapons are being tested in Mexico by the Sinaloa and the Cartel Jalisco Nueva Generacion," he said. "And the Cartel del Golf mainly, with the support of Colombian cartels and terrorist groups including Hezbollah, and operatives from Al Qaeda and the Islamic State."

And while there are dozens of cartels spanning Mexico with a varying weapons depositories, analysts are pointing more and more to the CJNG as the one not only responsible for the shifting of approximately one-third of all drugs from Mexico into the United States – as per U.S. government officials – but also as using that revenue to develop a cache of weapons, equipment and vehicles to pose the greatest threat to Mexico's military.

And the cartel itself is certainly not hiding its prowess. Over the summer, the CJNG released a video of one of its convoys decked out in camouflage-painted trucks, pickups, and SUVs, replete with mounted weapons and armor, further brandished with well-armed personnel decked out in tactical gear.

"The Cartel Jalisco Nueva Generacion or CJNG is just one example of a cartel that reorganized its gunmen into fully kitted paramilitaries with their own armored vehicles, commercial pickup trucks covered in steel armor plate," noted Miguel Miranda, a global expert analyst in military technology. "The largest cartels always maintained significant stocks of small arms for their gunmen. But three distinct weapons have made cartels better armed than any local police forces they may encounter. These are the RPG-7 – the ubiquitous rocket launcher that originated in the Soviet Union – the Barrett .50-caliber anti-material rifle made in the United States, and the Browning .50-caliber heavy machine gun."

And from the lens of the likes of Oughton, it is a growing cause for concern.

"It is recognized that organized crime groups have a greater number of weapons, and their technology is superior compared to that of the Mexican armed forces," he added.