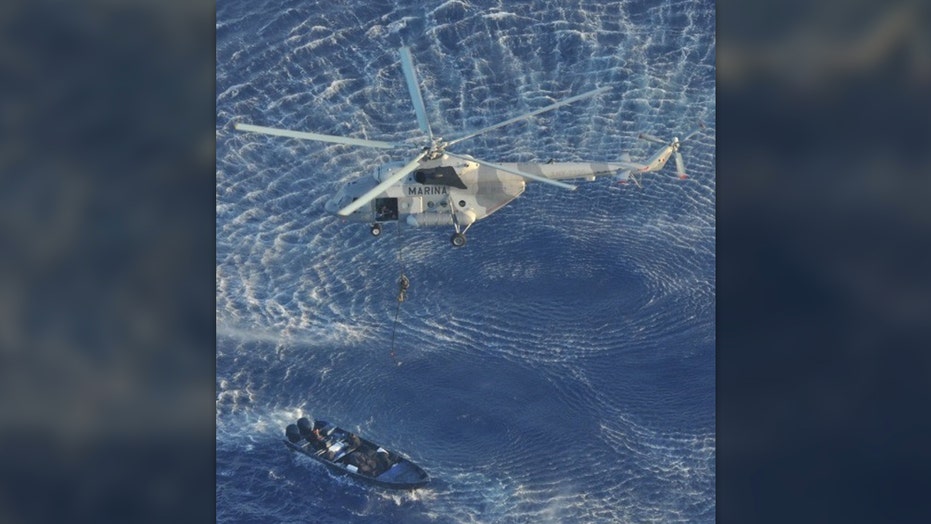 The Mexican Navy intercepted more than three tons of cocaine before it reached its final destination - the streets of New York City, according to a report.

Sailors seized the cocaine as it was being smuggled aboard a Go-Fast boat headed north in the Caribbean Sea off the coast of Quintana Roo in Mexico, Fox 5 New York reported.

Prosecutors released photos of the Mexican Navy intercepting it and recovering the cocaine.

“As alleged, these defendants are responsible for the attempted importation of more than three tons of cocaine into the United States,” acting Manhattan U.S. Attorney Audrey Strauss said. “Thanks to the work of the DEA and the Mexican Navy, the shipment was interdicted and the defendants are in custody and facing federal prosecution."

Photo shows cocaine bricks sezied from a boat in the Caribbean Sea that was intercepted by the Mexican Navy. (Manhattan U.S. Attorney's Office)