The Mexico government has begun rounding up migrants and busing them to the airport; Griff Jenkins reports alongside the caravan in Tapachula, Mexico.

TAPACHULA, Mexico -- In a week that has seen the latest migrant caravans largely stalled in southern Mexico, there are further signs that Mexico is honoring a commitment to crack down on those attempting to reach the U.S. border.

According to the regional director of Mexico’s National Institute of Migration Yadira de Los Santos, there has been a major increase in Cuban migrants in recent months.

Santos said some Cubans have been particularly difficult and started a “riot” Wednesday night inside the shelter, putting themselves and her officers in danger. Some 300 migrants escaped.

But Cuba isn’t the only place where the migrants are surging from.

Fox News got an exclusive look inside another shelter holding individuals and families from as far away as Pakistan, India, Bangladesh, Sri Lanka, Angola, Uganda and Congo.

For migrants who are peaceful and participate fully in the system, many will have a chance for a temporary 20-day visa to give them time to apply for asylum in the US.

A man from Congo whom goes by the name Marcus is one of those migrants -- and he has a message for his fellow migrants.

“We have to enter legally, not illegally, because illegally is bad,” he said.

And there was a message for President Trump, too. 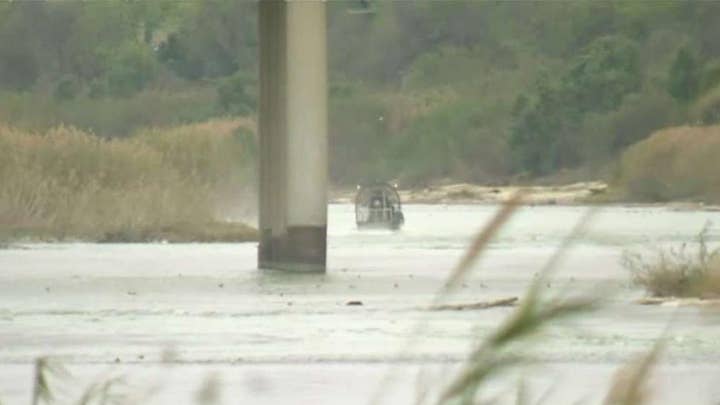 But farther north, along the U.S.-Mexico border near Eagle Pass, Texas, is a grim reminder of the perils of these migrants’ long journey.

Border Patrol officers recovered the body of a 10-month-old infant who drowned after a raft carrying nine migrants from Honduras capsized in the Rio Grande River.