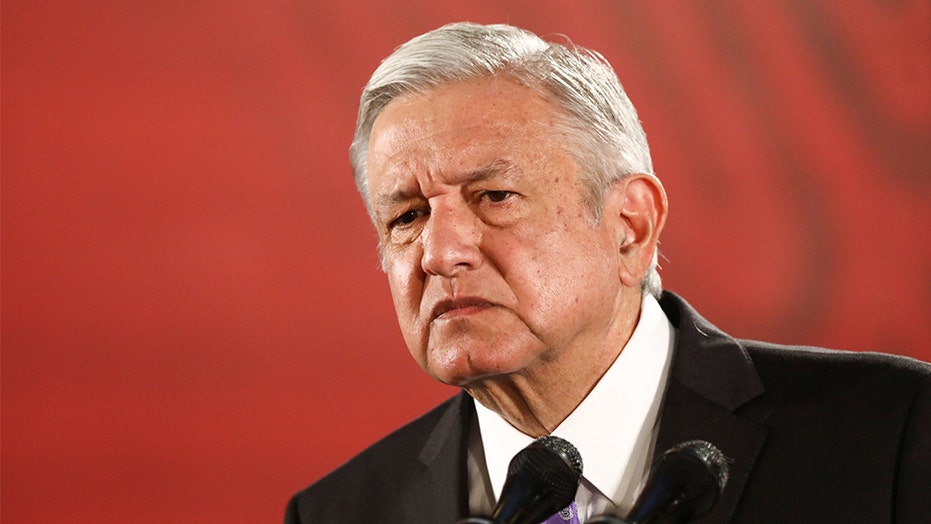 The approval rating of Mexico's president has fallen by nearly ten percentage points following a surge in gang-related violence, according to a poll published by Mexican newspaper El Universal on Friday.

The survey of 1,000 Mexicans found that Andres Manuel Lopez Obrador, popularly known as AMLO -- who has touted a less confrontational approach to the issue of cartels and other gangs -- had an approval rating of 58.7 percent, down from 68.7 percent in late August.

The decrease could be related to criticism of Obrador after a two major incidents within the past month, according to Reuters.

Last month, security forces captured, then released the son of convicted drug lord Joaquin "El Chapo" Guzman following an attack by cartel gunman who engulfed security forces and briefly took control of the northern Mexico city of Culiacan. Then last week, suspected cartel gunman also killed nine U.S. citizens, including three women and six children in northern Mexico, prompting criticism of the government by U.S. lawmakers and discussion of whether the U.S. should join Mexico in fighting the cartels.

“It was lamentable, painful because children died,” AMLO said at the time.

Two Members of the Infanteria de Marina, Mexico's equivalent of the Marine Corps in Matamoros.

“If Mexico needs or requests help in cleaning out these monsters, the United States stands ready, willing & able to get involved and do the job quickly and effectively,” President Trump tweeted on Nov. 5. “The great new President of Mexico has made this a big issue, but the cartels have become so large and powerful that you sometimes need an army to defeat an army!”

The U.S. Ambassador to Mexico, Christopher Landau, said on Thursday that drug cartels had formed a type of "parallel government."

“It can’t be that the territory where they have this kind of power continues to expand across the country,” Landau said during an event in the northern city of Monterrey. “The future of Mexico is so important that if we don’t fight this now, it’s going to get much worse,” he added.

More than 200,000 people have died in relation to gang-related violence in Mexico over the past decade, according to Reuters.