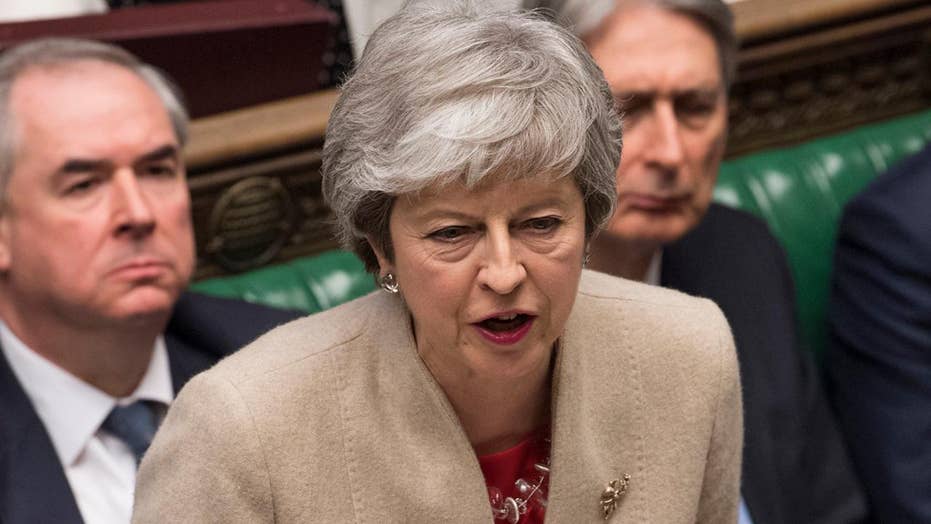 British Prime Minister Theresa May is facing a rebellion in her own party as lawmakers expressed anger that she reached out to Labour in a final bid to deliver Brexit.

Despite the prime minister's best efforts to persuade lawmakers to back her European Union divorce deal, it has now been rejected in the House of Commons three times.

May said that "there is no sign it can be passed in the near future." May defended her decision to reach across the ideological divide on Saturday, saying there was a "stark choice" of either leaving the European Union with a deal or not leaving at all.

Commons Leader Andrea Leadsom said the Tories were working with Labour "through gritted teeth," telling the BBC that no deal would be better than canceling Brexit.

British lawmakers are now trying to craft a proposal that will break the deadlock ahead of an emergency EU summit on Wednesday.

"We have no choice but to reach out across the House of Commons," May said, insisting the two main parties agree on the need to protect jobs and end free movement. "The referendum was not fought along party lines and people I speak to on the doorstep tell me they expect their politicians to work together when the national interest demands it."

But leading Conservative Brexiteer Jacob Rees-Mogg on Sunday slammed May's move to include Labour in the Brexit talks and blamed her for failing to take Britain out of the EU already.

Anti-Brexit demonstrators with an effigy of British Prime Minister Theresa May near College Green at the Houses of Parliament in London, Monday, April 1, 2019. (Jonathan Brady/PA via AP)

Another Conservative lawmaker, Nigel Evans, said that if May failed to deliver Brexit and all she could do was secure a long extension at an EU summit on Wednesday, she would face massive pressure to step down.

“At the moment there is focus on delivering Brexit, but if a long delay becomes a reality I believe the noises off about removing the prime minister will become a cacophony,” Evans told The Guardian. “I and many other Conservatives would prefer leaving the EU on World Trade Organization terms to any humiliating long extension that forces us to take part in the European elections.”

According to The Guardian, May is offering to enshrine in law a plan that would give parliament a say in future trade talks with the EU, which they believe would stop a future Tory leader from shifting to a more hardline Brexit stance once May is no longer the prime minister.

Other sticking points, such as whether Britain would remain in a customs union or the possibility of having a second referendum, are reportedly concessions that May has left the door open to making.

Most outside observers and mainstream economists believe that if Britain were to leave the EU with no deal, it would wreak economic havoc for the country and could even lead to shortages of basic goods and medicine.