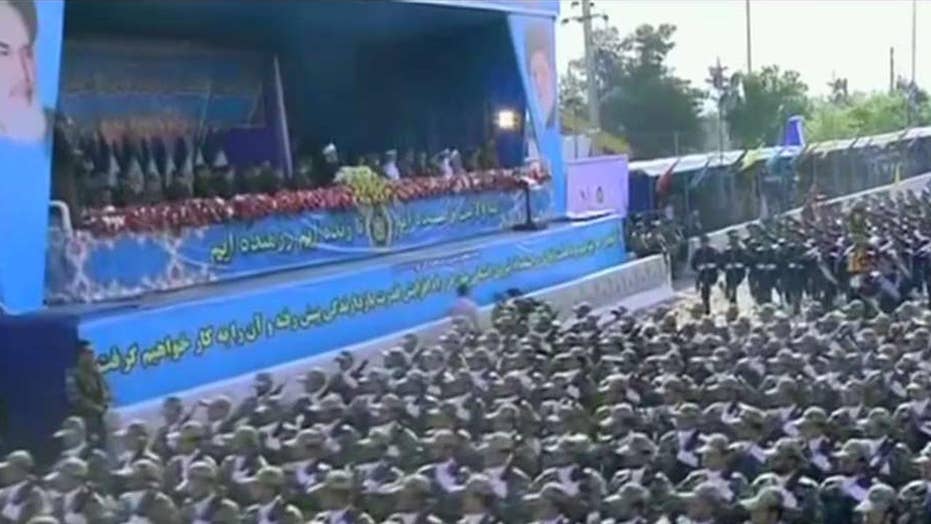 Report: US to designate Iran's Revolutionary Guard as a foreign terrorist organization

Iran will take retaliatory action against the United States if the country designates its elite Revolutionary Guards as terrorists, Iranian parliamentarians said Sunday.

Three American officials told Reuters that the U.S. is expected to designate the Revolutionary Guards (IRGC) a foreign terrorist organization, which would mark the first time that Washington has formally labeled another country's military as terrorists.

“We will answer any action taken against this force with a reciprocal action,” a statement issued by 255 out of the 290 Iranian lawmakers said, according to IRNA, the Iranian state news agency.

PAKISTANI WOMAN SAYS HUSBAND BEAT HER, SHAVED HER HEAD AFTER SHE REFUSED TO DANCE FOR HIM

“So the leaders of America, who themselves are the creators and supporters of terrorists in the (Middle East) region, will regret this inappropriate and idiotic action.”

Critics warn the decision, which is likely to be announced by the State Department as soon as Monday, could open U.S. military and intelligence officials to similar actions by unfriendly governments around the world.

According to Reuters, IRGC commander Mohammad Ali Jafari warned in 2017 that if Trump went ahead with the move, “then the Revolutionary Guards will consider the American army to be like Islamic State all around the world.”

Members of the Iranian revolutionary guard march during a parade to commemorate the anniversary of the Iran-Iraq war (1980-88), in Tehran September 22, 2011. REUTERS/Stringer/File Photo - S1AETZITNOAA (Reuters)

U.S. Secretary of State Mike Pompeo has advocated the change in U.S. policy as part of the Trump administration’s tough posture toward Tehran, according to Reuters.

Set up after the 1979 Islamic Revolution, the IRGC is Iran’s most powerful security organization and numbers up to 125,000 fighters. It controls portions of the Iranian economy and has a big influence in its political system.