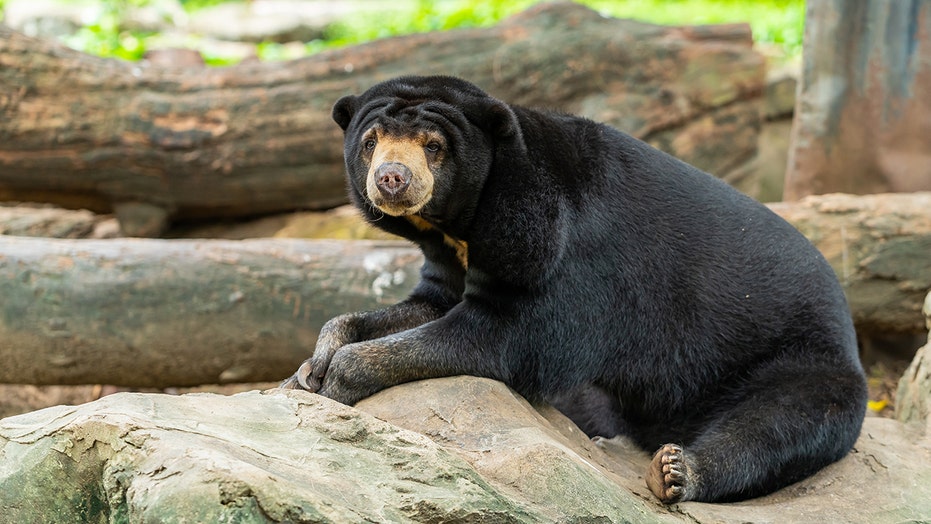 A singer in Malaysia was reportedly arrested after she rescued a "dog" from the side of the road — that she later realized was a sun bear.

Zarith Sofia Yasin, 27, told local media she came across the apparently ambiguous creature at night in recent weeks and decided to take it in, believing she was saving it.

"It was night time when I found the bear cub in a weakened state by the side of the road — and I thought it was a dog!" she said, according to The Star.

The animal — which she named "Bruno" — was weak. She said that she wanted to help the bear regain its strength before handing it over to a zoo, the news outlet reported.

Zarith Sofia Yasin reportedly said she thought she was rescuing a dog but instead rescued a sun bear, pictured here. (iStock)

"I was worried about sending Bruno to the zoo (while it was ill) because the animals there look skinny," she said, adding she fed the bear well and didn't keep it in a cage.

Yasin reportedly said: "I know the bear cannot be reared, it can't be kept as a pet. ... I only wanted to save the bear, I had no intention of exploiting it."

The singer was arrested on Friday by Malaysia's Wildlife and National Parks Department, according to the news outlet, for allegedly keeping the sun bear in her condo.