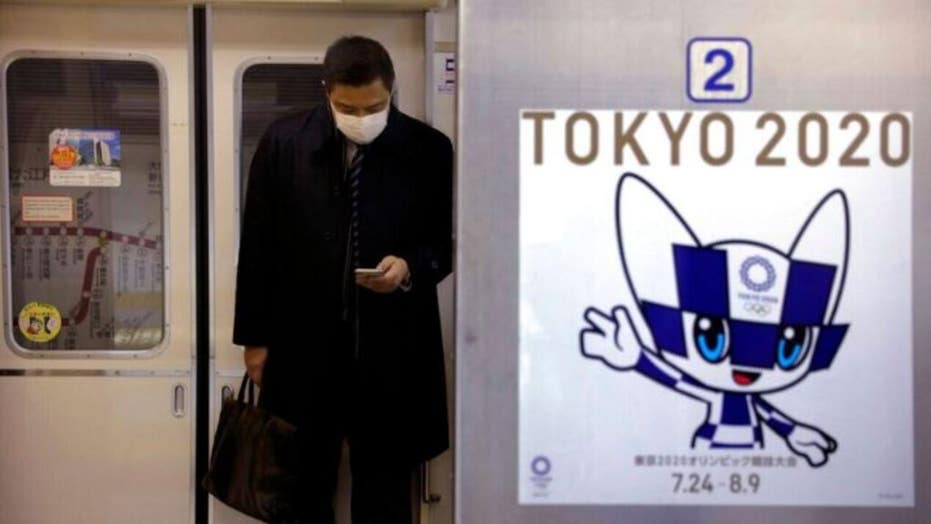 How countries in Asia are handling the coronavirus epidemic

The deadly novel coronavirus has killed more than 420 people and infected at least 20,704 globally. Here is a look at how countries in Asia are handling the epidemic.

Malaysia has ordered a two-week lockdown that will see its borders largely shut down and mass gatherings banned after a sharp spike in the number of coronavirus cases, while other Asian countries deepened measures to fight against the spreading global pandemic.

Schools, religious institutions, businesses and government officers in the Southeast Asian country will be closed until March 31, Prime Minister Muhyiddini Yassin announced Monday. Only essential services including supermarkets, banks, gas stations and pharmacies will be allowed to stay open.

Travel in and out of the country will also be banned, Muhyiddini said. All Malaysians returning from overseas will have to self-quarantine for 14 days.

A man wears a face mask as he walks out from the Sri Petaling Mosque in Kuala Lumpur, Malaysia, on Monday.  (AP Photo/Vincent Thian)

“We cannot wait until the situation deteriorates. Drastic moves are needed immediately to restrict public movement and curb the spread of the virus,” Muhyiddin said.

The country recorded 315 new cases of the virus in the past two days, causing its total to surge to 553, the highest number in Southeast Asia.

Many of the new cases are linked to a recent 16,000-member religious gathering at a mosque in a Kuala Lumpur suburb that also sickened dozens from Brunei and Singapore.

Other countries in Asia have continued to combat the outbreak.

Philippine President Rodrigo Duterte on Monday placed the northern third of the country under an “enhanced community quarantine” that requires millions of people to stay mostly at home to contain the coronavirus. Only one family member can leave home to buy food.

Most office work and public transportation will be suspended, while public movement will be restricted and large gatherings banned except for medical and other emergencies.

Thousands of Philippine police, backed by the army and coast guard, on Sunday worked to seal the densely populated capital, Manila, from most domestic travelers in one of Southeast Asia's most drastic containment moves against the coronavirus. (AP Photo/Aaron Favila)

While Duterte said “this is not martial law,” he threatened those who disobey the orders with arrest.

Health officials reported 29 new cases of coronavirus infections on Sunday, bringing the number of cases in the country to 140. Twelve of those infected have died, the most in Southeast Asia.

South Korea has been battling the virus since late February. The country has one of the highest testing rates in the world, with more than 10,000 tests having been administered each day over the past few weeks, The Washington Post reported.

On Monday, South Korea reported 74 more cases over the past 24 hours, a slight drop from the previous day. The figures are the lowest daily increase in new infections in about 25 days.

A woman wearing a face mask walks near workers wearing protective gears preparing to spray disinfectant as a precaution against the new coronavirus in Seoul, South Korea, on Monday. (AP Photo/Lee Jin-man)

Japanese Prime Minister Shinzo Abe’s government secured a law allowing him to declare a state of emergency in case things worsen, though he has said it still hasn't reached that point.

Meanwhile, Abe has requested that schools be closed and companies allow employees to work remotely to enable people to help prevent the spread of the virus.

There are at least 825 confirmed cases in Japan, with 27 deaths.

India further tightened its borders, temporarily barring entry to travelers from the United Kingdom, European Union, and Turkey, the Times of India reported Monday. A two-week quarantine was ordered for those traveling from Qatar, Oman, Kuwait and the United Arab Emirates.

A security guard and visitors wear masks as a precaution against COVID-19 at the entrance to the zoo in Kolkata, India, on Sunday. (AP Photo/Bikas Das)

Both measures will last through the end of March, when they will be re-evaluated.

The country of more than 1.3 billion people has recorded 113 confirmed cases, with only two deaths.