Cruising during the coronavirus outbreak: Should I cancel my cruise? What precautions should I take?

Plan on taking a cruse during the corona virus outbreak? Here are some precautions to take.

Reliable data on coronavirus's death rate has been scarce, with early numbers coming from China.

An examination of ship data concludes that widely-reported death rates are simplistic and too high, because people with mild symptoms often don't bother to come in for testing and don't get counted.

But on the Diamond Princess cruise ship, mild cases weren't missed, because every passenger and crew member was tested a month ago. 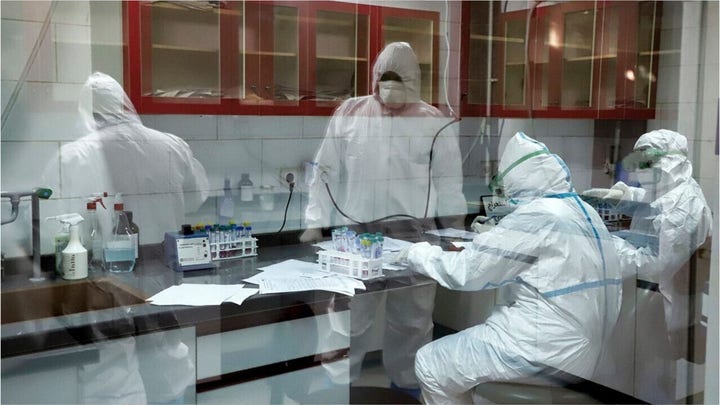 "It's really valuable data that we just wouldn't have otherwise, because all people were tested," Dr. Timothy Russell, a mathematical biologist at the London School of Hygiene and Tropical Medicine, part of the University of London system, told Fox News.

"The 3.4% death rate the World Health Organization has reported... there is criticism from nearly all scientists that's too high, because of the under-reporting of cases."

Russell and nine other researchers at the school analyzed the data from the cruise ship and, comparing it with Chinese data, estimate that the death rate from the virus is about 0.5 percent, that's still much deadlier than the flu.

Here is more that the cruise ship data reveals:

Most people who get the virus have mild symptoms or less

On the Diamond Princess, nearly half of all people on the ship who tested positive showed no symptoms, and a month later still do not show symptoms, according to the latest daily update from Japan's National Ministry of Health, Labor and Welfare, where the boat docked. On the boat, 328 out of 697 people don't have symptoms despite testing positive.

Most people on the ship experienced the coronavirus as either a normal cold, or less. In a CDC press briefing last week, U.S. officials noted, "we have seen this especially in patients from the Diamond Princess cruise ship where a significant number of people have had very mild illness and don’t feel particularly bad."

The downside is that people with mild cases are less likely to stay home, which makes it easier for the disease to spread to the most vulnerable people.

"Mild cases are more mobile; they go out in the community. So social distancing [avoiding social activities] is helpful," Dr. Saad B. Omer, an epidemiologist and Director of the Yale Institute for Global Health, told Fox News.

High death rate among the elderly

Out of the 697 who tested positive a month ago, seven people have died on the Diamond Princess cruise ship, 15 remain in critical condition, and 30 were once in critical condition but have improved, according to Japan's Ministry of Health, Labor, and Welfare. A further 388 have recovered.

The seven deaths, out of the 697 who tested positive, make for a death rate of 1% on the ship. More deaths are also possible.

Ten medical researchers at the London School of Hygiene and Tropical Medicine estimated likely additional deaths and adjusted death rates by age in an unpublished paper.

Adjusting for age is important, because the average person on the ship was elderly, according to Japan's Institute of Infectious Diseases. The ship's average age was 58, and 33 percent were 70 or older.

All seven deaths so far were of passengers aged 70 or older.

The researchers used the ship's data to estimate a death rate among those aged over 70 of 9 percent -- a very high death rate.

The paper's authors urge even young people who might feel invincible to minimize social interaction to help stop the disease from spreading to vulnerable people.

"This is a virus which has enormous variation in its severity -- both variation among different people of the same age, but also variation by age group," Russell said.

"It’s really a group responsibility to minimize the spread... if you are old it is likely to be very severe," he added.

The London researchers used the lessons from the cruise ship data to estimate the "true" Chinese data -- what it would look like if all mild cases had been picked up and reported. By their calculation, the overall age-and-missing-case-adjusted fatality rate would be about 0.5 percent.

That estimate is dramatically lower than the 3.4 percent crude death rate released by the World Health Organization.

However, even a 0.5 percent death rate would make it five to 10 times deadlier than the flu this year.

Omer noted that the London researchers' estimate based on the ship is roughly in line with other estimates. Dr. Anthony Fauci, the director of the National Institutes of Health's National Institute of Allergy and Infectious Diseases, estimated this week that the new coronavirus has a death rate 10 times higher than the flu.

Omer and other experts note that the ship data isn't perfect, because it only involves 700 non-randomly-selected people, in a certain kind of environment. But they say it is useful for understanding how many cases other measures miss.

"The data confirmed a lot of what we already know," said Ali Khan, a professor of epidemiology at the University of Nebraska Medical Center.

Experts told Fox News that the ship's data gives a ballpark estimate of the virus' lethality and that it illustrates an urgent need for "social distancing."

That means avoiding group settings, and even unnecessary one-on-one contact, especially with the elderly, and particularly when having any symptoms. Cough, fever and shortness of breath are the most common symptoms of the coronavirus.

"We are not helpless. If you can, work for home. Err on the side of caution," Omer said.

"All age groups transmit the virus, but the outcomes are most severe in elderly -- don't expose them."

He added: "But social isolation is itself also a risk factor for death among the elderly. Call your grandma."