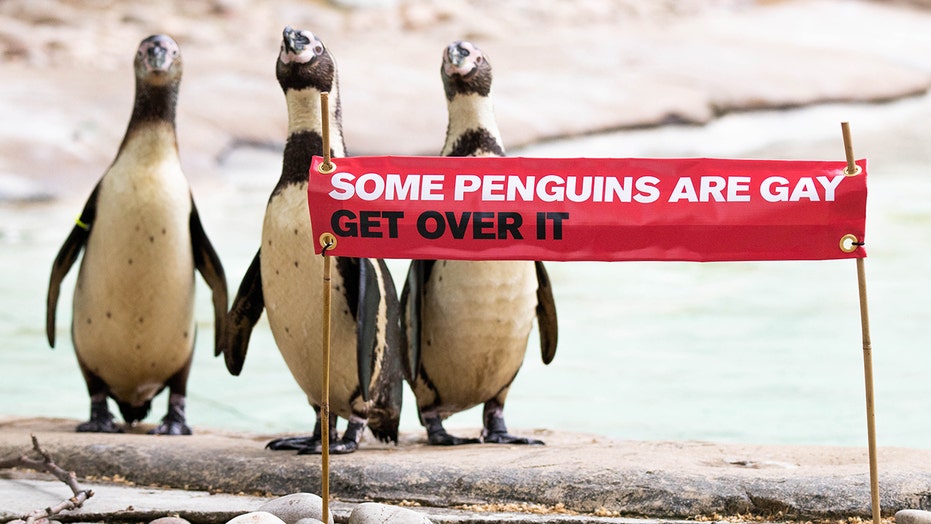 The London Zoo is full of Pride.

The zoo's colony of 93 Humboldt penguins — including their most famously gay couple, Ronnie and Reggie — will be supporting the LGBTQ community with Pride celebrations next week.

On July 5, "visitors will be able to learn about gender and mating in the animal kingdom at a Pride-themed talk" during one of the zoo's "Zoo Nights."

There, animal lovers can "discover just how common same-sex pairings are — from penguins and pandas to goats and giraffes," zoo officials said in a news release titled, "Some penguins are gay. Get over it."

Officials at the London Zoo, which is one of two in the Zoological Society of London, said that the two Humboldt penguins "got together in 2014." The two adopted an egg together that was abandoned the following year.

"The pair shared parenting duties of their chick, Kyton, until he fledged the nest," the zoo said of the penguin couple. "They remain as strong as ever and are often found snuggled up in their nest box together."

Zoo officials noted that there are two other same-sex couples in the colony, Nadja and Zimmer, along with Dev and Martin.

Fans of the penguins can join Zoo Nights on July 5 and on July 7 with a drag artist-hosted storytelling show about "being who you are, and love who you want." The zoo's team said they'll also be marching in the London Pride Parade on July 6.