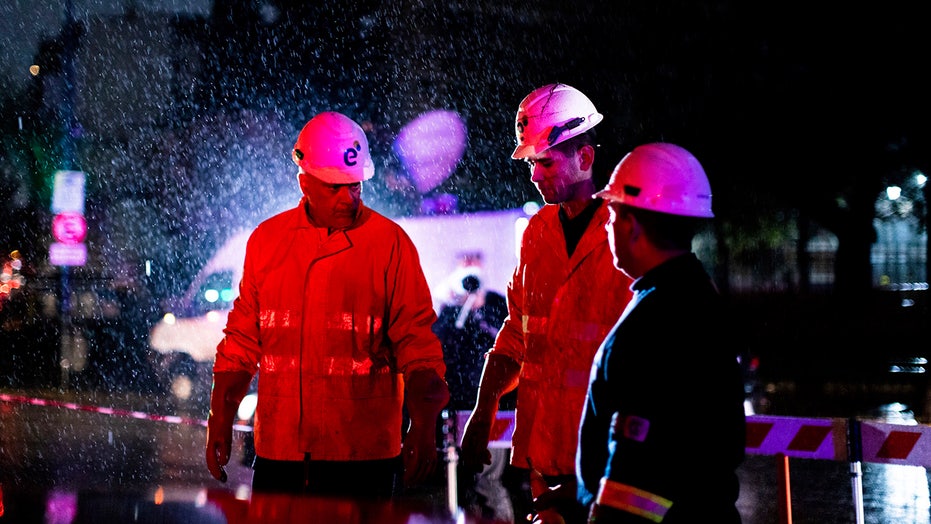 As lights turned back on across Argentina, Uruguay and Paraguay after a massive blackout that hit tens of millions people, authorities were still largely in the dark about what caused the collapse of the interconnected grid and were tallying the damage from the unforeseen disaster.

Argentine President Mauricio Macri promised a thorough investigation into what he called an "unprecedented" outage, one that raised questions about flaws in South America's grid, which connects many of the region's largest countries.

Energy officials said the results of the investigation would be available in 10 to 15 days, and they could not immediately provide details on the economic impact of the outage, which came on a Sunday, and a day before a national holiday in Argentina.

Argentine Energy Secretary Gustavo Lopetegui said the blackout began with a failure in the country's "interconnection system," adding that it happens in other countries as well. But he said a chain of events took place later, causing a total disruption.

"This is an extraordinary event that should have never happened," he told a news conference. "It's very serious. We can't leave the whole country all of a sudden without electricity." He did not discount the possibility of a cyberattack, but said it was unlikely.

A pizza maker uses battery powered lamps to illuminate his work space during a blackout inside the delivery-only pizza shop in Buenos Aires, Argentina, Sunday, June 16, 2019. A widespread power failure early Sunday morning left a large section of South America, including all of Argentina and Uruguay, without power. AP Photo/Tomas F. Cuesta)

The collapse began at about 7 a.m. Sunday, with Argentina's population of 44 million and residents of neighboring Uruguay and some areas of Paraguay waking up to Father's Day in the dark.

Public transportation halted in Buenos Aires, while phone and internet communications were disrupted, water supplies were cut off and shops were forced to close. Patients dependent on home medical equipment were urged to go to hospitals with generators.

Power was fully restored by Sunday night. But the outage ignited questions about Argentina's preparedness and lack of investment in the power system at a time when the country is going through a deep economic crisis with soaring inflation, a tumbling of the local currency and a spike in utility bills fueled by austerity measures ordered by Macri.

The conservative leader has seen his popularity ratings plunge during a crisis where he has struggled to tame one of the world's highest inflation rates and poverty has reached about a third of the population. Argentines are also frustrated with high utility costs and the blackout could trigger more protests against Macri's government just as he seeks re-election in October.

A man stands inside a store without power during a blackout, in Buenos Aires, Argentina, Sunday, June 16, 2019. Argentina and Uruguay were working frantically to return power on Sunday, after a massive power failure left large swaths of the South American countries in the dark. (AP Photo/Tomas F. Cuesta)

"The country is already in a weird moment and then you wake up and can't see anything," said Julieta Dodda, 27, a saleswoman at a clothing store in downtown Buenos Aires. "Many people were going to meet for lunch to celebrate the day. I saw many online who joked: "Happy Father's Day from Edesur and Edenor, which are our electricity companies."

Energy officials defended the strength of the Argentine system, saying it's "robust" and exceeding in supplies. But the grid has been known for being in a state of disrepair, with substations and cables that were insufficiently upgraded as power rates remained largely frozen for years.

An Argentine independent energy expert said that systemic operational and design errors played a role in the power grid's collapse.

Hallways of Buenos Aires's subway are lit only by emergency lights during a blackout, in Buenos Aires, Argentina, Sunday, June 16, 2019. Argentina and Uruguay were working frantically to return power on Sunday, after a massive power failure left large swaths of the South American countries in the dark. (AP Photo/Tomas F. Cuesta)

"A localized failure like the one that occurred should be isolated by the same system," said Raúl Bertero, president of the Center for the Study of Energy Regulatory Activity in Argentina. "The problem is known and technology and studies (exist) to avoid it."

The blackout raised questions about flaws in the region's grid. Although Brazil was spared this time, a similar outage in the region's largest country left more than 60 million in the dark in 2009, just as authorities scrambled to boost confidence in its infrastructure before soccer's 2014 World Cup and the 2016 Olympics.

Other parts of the world have also been hit by major outages. Bertero said that about 50 million people were affected by a blackout in the U.S. and some provinces in Canada in 2003, and about as many were hit by another in Italy that same year.

Argentina has had a history of blackouts, but none like Sunday's failure, in which the power outage was more geographically widespread. Only the southern archipelago of Tierra del Fuego was unaffected because it is not connected to the main power grid.

Cars drive through an unlit street during a blackout in Buenos Aires, Argentina, Sunday, June. 16, 2019. A massive blackout left tens of millions of people without electricity in Argentina, Uruguay and Paraguay on Sunday in what the Argentine president called an “unprecedented” failure in the countries’ power grid. (AP Photo/Tomas F. Cuesta)

"It's something that had never happened," said Alejandra Martínez, a spokesperson for the Argentine electricity company Edesur. The failure originated at an electricity transmission point between the power stations at the country's Yacyretá dam and Salto Grande in the country's northeast.

In Paraguay, power in rural communities in the south, near the border with Argentina and Uruguay, was also cut. The country's National Energy Administration said service was restored by afternoon by redirecting energy from the Itaipu hydroelectric plant the country shares with neighboring Brazil.

Many residents of Argentina and Uruguay took to social media to post pictures of their cities in the dark. Others blamed the electricity companies or the government or simply lamented that their plans had been disrupted.

Several Argentine provinces had elections for governor on Sunday, which proceeded with voters using their phone screens and built-in flashlights to illuminate their ballots.

"I don't remember anything like this in Uruguay," said Valentina Giménez, a resident of the capital, Montevideo. "What is really striking about this is that no one understands well what really happened."