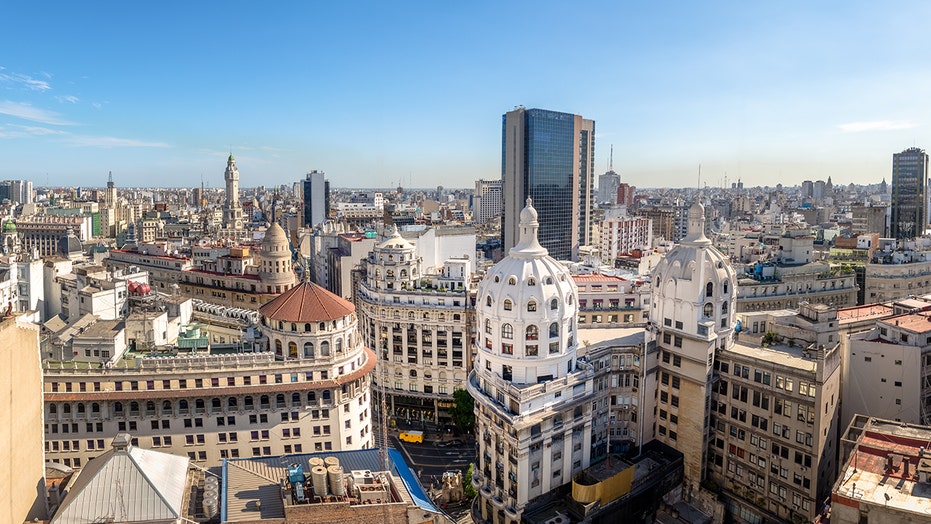 A panoramic view of the Argentina Capitol, Buenos Aires. A large blackout occured across all of Argentina and Uruguay on Sunday morning, leaving millions without power.&nbsp;

A large electrical failure created a blackout in Argentina and Uruguay on Sunday, leaving both countries without power.

Areas of Brazil and Paraguay were also impacted by the outage, which happened just after 7:00 a.m. according to the BBC.

"A massive failure in the electrical interconnection system left all of Argentina and Uruguay without power," electricity supply company, Edesur said in a tweet.

The blackout occurred as people were getting ready to head to the polls for local elections in Argentina. It's not clear how the blackout will impact the voting process.

Alejandra Martinez, an Edesur spokeswoman, described the blackout as "unprecedented." She exclaimed, "This is the first time something like this has happened across the entire country."

Trains were out of service in Argentina; however, flight service continued in the country due to backup generators, according to Argentine news site Infobae.

Gustavo Lopetegui, Argentina's energy secretary, said that power was being restored to certain areas to the South American country. He said the cause of the massive outage was unknown at the time, while reports suggested it was due to a grid failure.

Edesur tweeted that power was being restored, starting with 34,000 initial customers and the process of normalization could take several hours

NORTH CAROLINA ARMY BASE: BLACKOUT WAS PART OF TRAINING

Uruguay has a population of roughly 3.5 million, while Argentina has more than 44 million.

Photos and video of the blackout began circulating this morning.

Reports on social media say the blackout occurred from the Northern city of Buenos Aires all the way to Comodoro Rivadavia in the south. Infobae reported that some of the impacted provinces in Argentina included Santa Fe, San Luis, Formosa, La Rioja, Chubut, Cordoba and Mendoza.

In Uruguay, the National Administration of Power Plants and Electrical Transmissions (UTE) said service was restored within coastal cities and areas north of the Negro River, but temporary damages remain pending.