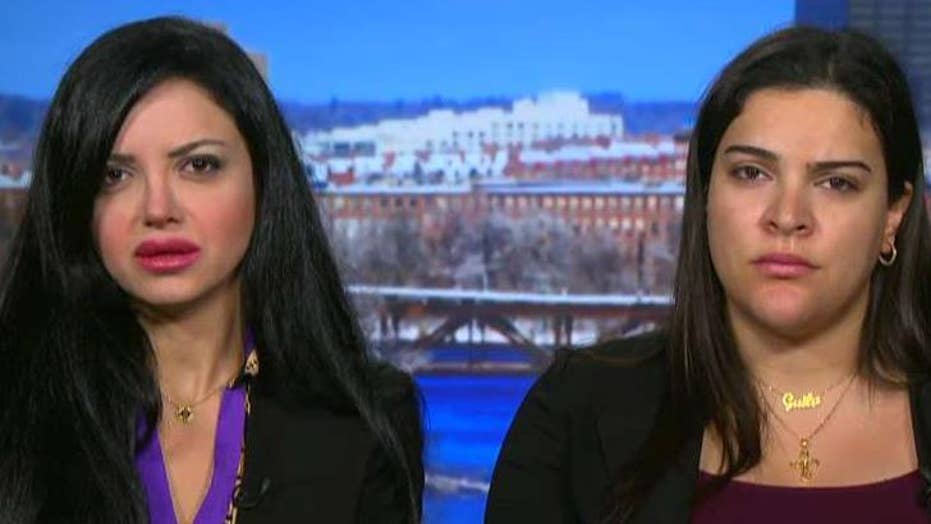 A Lebanese-American man is at risk for a death sentence after being charged with murdering and torturing the country’s citizens during Israel’s former occupation, one of the country’s judges said Tuesday.

The potential consequences facing Amer Fakhoury come just days after his daughter Guila appeared on "Fox & Friends Weekend" and urged President Trump and his administration to do anything in their power to bring her father home. She said her father is battling Stage 4 cancer while jailed in Beirut.

"My dad was kidnapped," Guila Fakhoury told "Fox & Friends Weekend." "He went to retrieve his passport after [they told him] 'we just need it for a background check,' and we never saw him again."

Amer Fakhoury has admitted to working as a senior warden at Khiam Prison, which was run by an Israel-backed Lebanese militia. Fakhoury was detained after returning to his native Lebanon from the U.S. in September, The Associated Press reported, although it remains unclear if he'll be able to stand trial.  Fakhoury's lawyer insists he had no direct contact with prisoners and was never involved in the interrogation or torture of prisoners.

The judge, Najat Abu Shakra, referred Fakhoury to a military court where he will be tried, Lebanese officials said Tuesday. They spoke on condition of anonymity because they were not authorized to speak to the media. No date was set for the tribunal.

The officials said Abu Shakra charged Fakhoury with "murder and attempted murder of prisoners inside Khiam Prison as well as kidnapping and torture." If convicted, he could face a death sentence.

The prison, run by the so-called South Lebanon Army, was abandoned after Israeli forces pulled out of southern Lebanon in 2000, ending an 18-year occupation. Human rights groups have said in the past that Khiam Prison was a site of torture and detention without trial, but Israel denies the allegations.

Lebanon and Israel have been officially at war since Israel's creation in 1948. Lebanon bans its citizens from traveling to Israel or having contact with Israelis.

FILE - This Aug. 3, 2005 file photo, Lebanese ex-inmates of the notorious Khiam prison sit in their former cells where they displayed their belongings during a sit-in at the Khiam prison, in southern Lebanon.(AP Photo/Mohammad Zaatari, File)

The judge dropped charges against Fakhoury for dealing with and visiting Israel because two decades have passed since the incidents, making them outdated, the officials said.

Those charges by the investigative judge were separate from a lawsuit against Fakhoury filed by former inmates at Khiam Prison. He will be questioned in that case about alleged atrocities. The questioning was supposed to take place on Monday but was postponed until Feb. 17 because Fakhoury is undergoing chemotherapy.

Besides fear of a conviction and death sentence, Fakhoury’s family said doctors have said his condition is life-threatening. In addition to an infection and a bleeding disorder, doctors believe he's developed an aggressive form of lymphoma.

"We call on our president because we trust that our president will never sit back and watch an innocent American citizen being tortured, held hostage and dying," the Fakhoury family's attorney Celine Atallah told "Fox & Friend Weekend” in late January. "This is not a legal case."