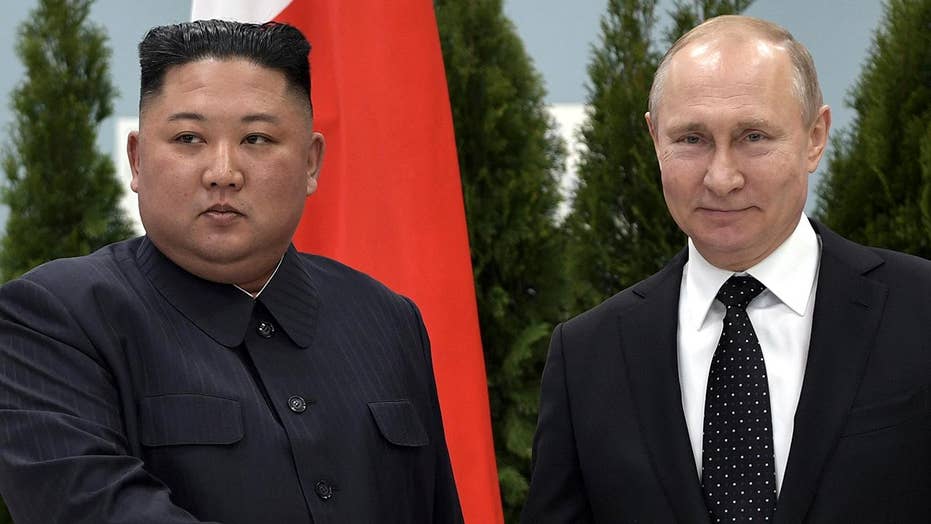 Former governor of New Mexico says the meeting, while not substantive, shows that Vladimir Putin is still a major player on the world stage and Kim Jong Un is not diplomatically isolated.

North Korean leader Kim Jong Un said the U.S. has been acting in “bad faith” since his Hanoi meeting with President Trump over the stalemated issue of North Korean denuclearization.

The North Korean leader told the Korean Central News Agency that, "the situation on the Korean Peninsula and the region is now at a standstill and has reached a critical point," the Straits Times of Singapore reported,

Kim warned that the situation "may return to its original state as the U.S. took a unilateral attitude in bad faith at the recent second DPRK-US summit talks," the Korean Central News Agency added.

North Korea has all along contended that it needs its nuclear arsenal to defend itself against what it sees as U.S. hostility and wants concrete reassurances of its safety — including the removal of the American nuclear threat as an integral part of the denuclearization of the Korean Peninsula.

Since Kim’s Hanoi talks with Trump ended without any sign of progress, North Korea has expressed anger with what it calls an excessively hard-line position by Trump’s top advisers in the deadlocked negotiations.

Last week, North Korea demanded that U.S. Secretary of State Mike Pompeo be removed from the talks and strongly criticized national security adviser John Bolton. There have been reports that Kim has done some internal shaking up as well, possibly firing one of his own main negotiators.

Kim made his comments to the Korean Central News Agency about Trump during his summit on Thursday with Russian President Vladimir Putin in the Pacific port city of Vladivostok, Russia.

The two leaders’ first one-on-one meeting did not seem to result in major changes in North Korea’s position: Putin said Kim is willing to give up nuclear weapons, but only if he gets ironclad security guarantees.

However, Putin said Kim urged him to explain the nuances of North Korea’s position to Trump. Such an interlocutor role could be meaningful in light of Trump’s apparent admiration of the Russian leader.

Trump has said he “fell in love” with Kim, possibly indicating a proclivity to being swayed toward accommodation with the North Korean leader, although that declaration came before the Trump-Kim summit in Hanoi in February that collapsed in disagreement.

After Thursday’s summit in Vladivostok, about 75 miles from the North Korean border, Putin stressed that Moscow and Washington both want North Korea to abandon its nuclear weapons.

But, he said, the security guarantees Kim demands in exchange should be underwritten by multiple countries, hinting at an arrangement like the six-nation talks Russia participated in until their collapse in 2009.