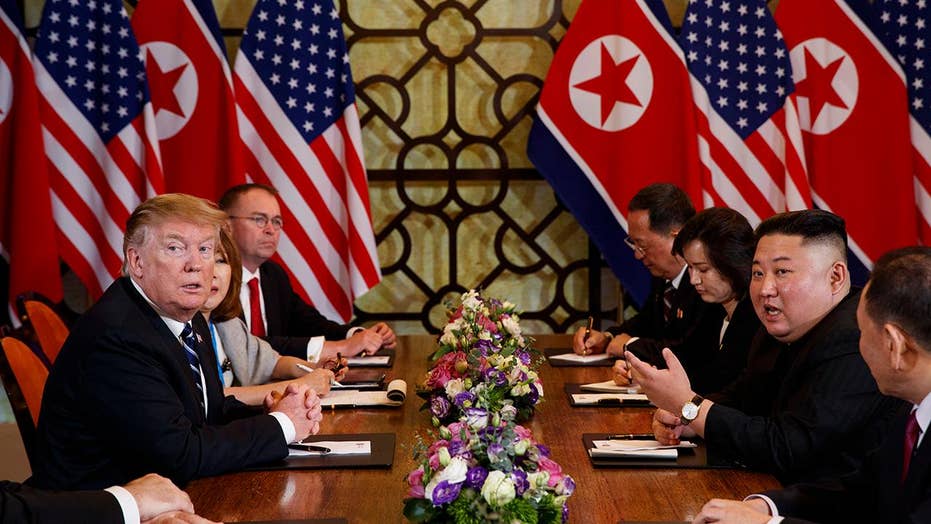 Kim Jong Un will be extending his stay in Vietnam through the weekend after negotiations with President Trump on North Korea’s denuclearization collapsed during the second summit.

The North Korean despot will begin his official visit to Vietnam on Friday where he will meet Vietnamese president Nguyen Phu Trong, Vietnam’s foreign ministry said on Thursday. Kim’s schedule also includes attending a state banquet at a convention center in Hanoi, and then on Saturday, laying a wreath at the mausoleum of Ho Chi Minh, Vietnam’s founding president, Reuters reported.

The North Korean dictator arrived in Hanoi on Tuesday after enduring an almost 70-hour ride through southern China in his green-and-yellow armored train. Kim departed Pyongyang on Saturday and arrived in Vietnam’s Dong Dang station early Tuesday, where he was greeted by Vietnamese officials before a 105-mile car ride to Hanoi.

Kim will most likely return to Pyongyang by train. It’s unclear if he will make a stop in Beijing and meet with Chinese President Xi Jinping during the trip back. 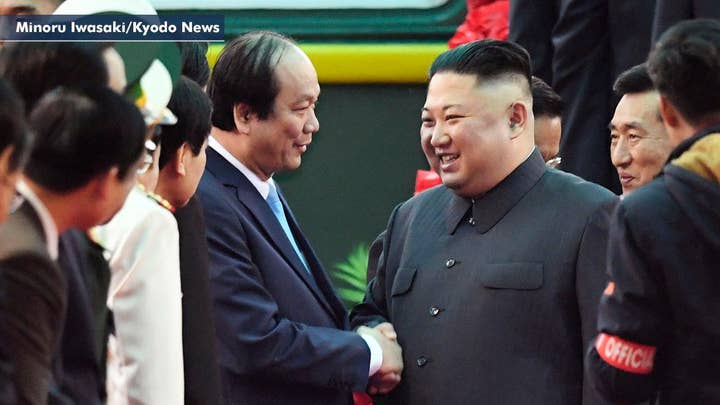 Trump departed Hanoi Thursday, shortly after he canceled a scheduled lunch and said the U.S. and North Korea failed to come to an agreement. The president blamed the breakdown on North Korea's insistence that all the punishing sanctions the U.S. has imposed on Pyongyang be lifted without the North committing to eliminate its nuclear arsenal.

"Sometimes you have to walk," Trump explained at a closing news conference after the summit was abruptly cut short. He said there had been a proposed agreement that was "ready to be signed."

"I'd much rather do it right than do it fast," Trump said. "We're in position to do something very special."

Kim also took questions from American reporters and said he was willing to give up his regime’s nuclear weapons.

“If I’m not willing to do that, I wouldn’t be here right now,” Kim said, according to his translator.