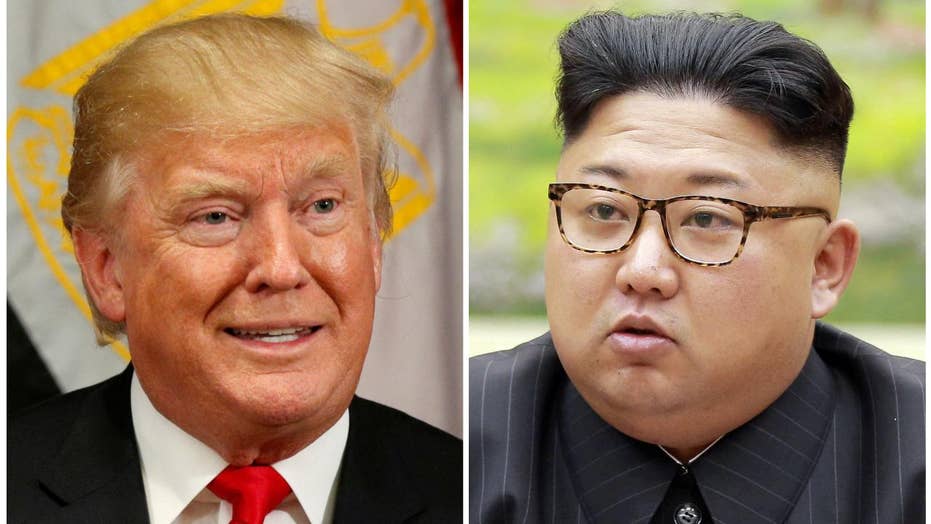 President Donald Trump has called North Korean leader Kim Jong Un “a madman,” “wacko” and a “maniac.” On Thursday, Kim dusted off an old noun and called Trump a “dotard.”

North Korea has been known for its striking and, at times, offensive language used to describe its enemies. It referred to former President Barack Obama as a “monkey” and called South Korea’s first female president, Park Geun-hye, a “crafty prostitute.”

But as Trump and Kim trade jabs – and North Korea continues to work toward its nuclear weapons arsenal – Kim did something unusual. His rebuke of Trump was in first person and directed to Trump specifically.

Kim said Trump was “unfit to hold the prerogative of supreme command of a country” and described him as “a rogue and a gangster fond of playing with fire.” He also promised to “tame the mentally deranged U.S. dotard with fire.”

Merriam-Webster Dictionary said the search for the word “dotard” spiked after Kim’s rebuke. So what exactly is it?

What does ‘dotard’ mean?

Merriam-Webster defines dotard as a “state or period of senile decay marked by decline of mental poise.”

The word derives from the Middle English word “doten,” which means “to dote,” and initially meant “imbecile” when it was first used in the 14th century, the dictionary said.

"Dotard" is a translation of a Korean word, "neukdari," which is a derogatory reference to an old person, according to The Associated Press.

Has it been used before?

The word “dotard” appeared in English poet Thomas Randolph’s “The Jealous Lovers” in 1632.

“Rot in thy grave, thou dotard, I defie thee,” the line reads.

It has also appeared in a variety of William Shakespeare’s plays, including “Cymbeline,” “Much Ado About Nothing” and “The Taming of the Shrew.”

And Trump, too, has been called a “dotard” before. In a May 2017 piece for Esquire, Charles Pierce slammed Trump and said he’s “not up to the job.”

“The most innocent explanation for the [president’s] actions is that he’s a blundering dotard who can’t stop himself from destroying democratic institutions and from tripping over federal status," Pierce said.

On Twitter, Pierce thanked Kim for “bringing ‘dotard’ back.”