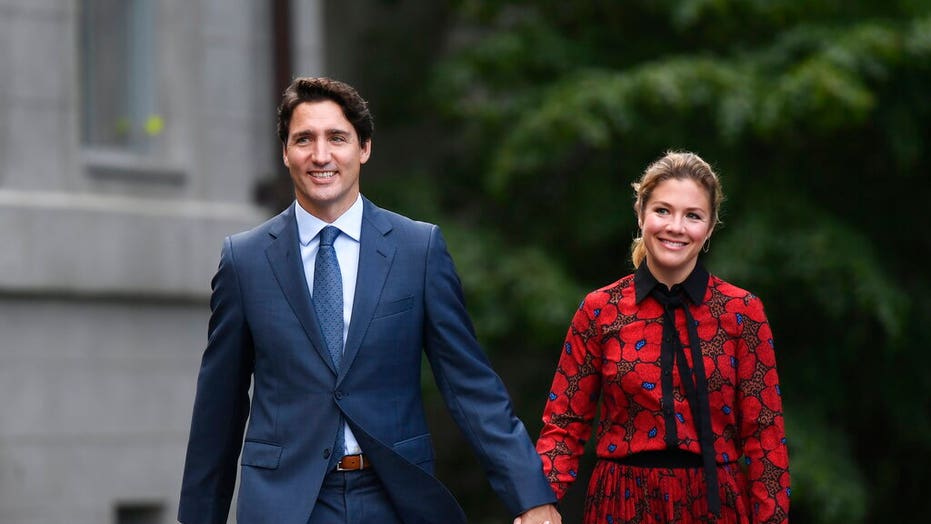 Justin Trudeau officially kicked off Canada's election campaign Wednesday after months of bad headlines and scandal, which has created an opportunity for the opposing Conservative Party to seize control.

“This fall, Canadians once again get to vote for the kind of Canada they want to live in,” Trudeau, from the Liberal Party, declared to the press.

Also on Wednesday, his request to dissolve the country’s Parliament in advance of next month’s election was granted by Governor General Julie Payette, Queen Elizabeth’s viceregal representative in the country.

Over the 41-day campaign that lies ahead, Canadians will decide if Justin Trudeau’s first-term Liberal government should get another term in power. The country will vote on Oct. 21.

In the speech that fired the starting gun on the campaign, Trudeau cited his government’s renegotiation of Nafta with the Trump administration among his successes.

“We secured access to our biggest and most important trading partner, at a time of increasing U.S. protectionism," he said.

But after his speech, each of the first four questions he faced from reporters was on the SNC-Lavalin corporate-influence scandal that has so dogged his government, a sign the issue likely won’t go away over the next six weeks.

“[Trudeau] has lied, and we have made the case that he has lost the moral authority to govern,” said opposition Conservative Party leader Andrew Scheer Wednesday morning from Ottawa’s MacDonald-Cartier Airport.

The scandal saw the resignation of two of Trudeau’s most esteemed cabinet ministers earlier this year. Both of them, Jody Wilson-Raybould and Jane Philpott, are running for re-election as independents.  In a sign the party is acutely aware of its need to stave off Wilson-Raybould’s strong efforts to hold her seat of Vancouver-Granville, Trudeau’s first stop of the campaign after leaving Ottawa will be the riding of Vancouver-Kingsway, just next door.

Trudeau will also be up against organized resistance to his environmental policies. On Tuesday night, Manitoba’s Progressive Conservative government, one of several provincial governments which have opposed Ottawa’s efforts to impose a carbon tax on their residents, was re-elected with a healthy majority. On the other side, meanwhile, progressives are upset with the Trudeau government’s decision to purchase an oil pipeline in British Columbia.

Should Trudeau lose the election, his government would be the first since 1935 to win a majority of seats in their first term, only to lose power the second time around.

"Anyone following Canadian politics right now understands it's not a layup for Trudeau," said Ian Bremmer, president of the Eurasia Group.

But despite Trudeau feeling the squeeze, things will also not be particularly easy in this campaign for the Conservatives and Andrew Scheer. For several weeks now, Scheer has had to quell fears in the socially-progressive country that he has a “hidden agenda” to re-open Canada’s long-settled debates on abortion and same-sex marriage.

Two weeks ago, Scheer did little to assuage those fears in a press conference many strategists dismissed as combative and ineffective. “Society has moved on – I have moved on,” the Conservative leader repeated several times on the 2005 law that legalized same-sex marriage in the country.

But just as his words were not enough for social moderates on the left-edge of his party, they seriously angered social conservatives who were key to his winning the party’s leadership over two years ago.

Jeff Gunnarson of the Campaign Life Coalition, a pro-life activist group in Canada, said Scheer’s attempts to distance himself from social conservative causes “brings scandal to the Catholic Church [which Scheer is a devout member of], demoralizes Andrew Scheer’s base and jeopardizes his eternal soul.”

While most polls show the two parties in a virtual dead-heat nationally - the CBC's Canada Poll Tracker shows them both on 33.8% - the Liberals would almost certainly win more seats if they won the same number of votes across the country as the Conservatives.

The reason for this is the party’s significant lead in Ontario and Québec — by far Canada’s two largest provinces, which contain 121 and 78, respectively, of the 338 seats in Parliament.  According to an EKOS poll released last week, the Liberals hold a 10-point lead over the Conservatives in Ontario, and a 14-point lead over them in Québec. The CBC's same poll tracker currently projects Trudeau's party to secure 164 seats, just shy of a majority.

“If the Conservatives win a seat in rural Alberta by 30,000 votes and the Liberals win a seat in suburban Toronto by 500 votes, well, they’ve both still just won one seat,” said Tom Mulcair, the man who led the left-of-center New Democratic Party in the 2015 election, on Montréal-area radio station CJAD 800 last month.

What remains unclear is whether any single party can win a majority in Parliament at all. While Ontario and Québec are critical to the Liberals retaining power, if they face heavy losses in British Columbia and the Atlantic provinces they will fall short of the 170-seat figure they need to retain total control of Parliament.

That could present a problem for the party: the New Democratic Party is expected to lose as many as three-quarters of their 39 seats and could be of little help to the Liberals in Parliament if they lose too many of them.  Meanwhile, the Green Party, which is expected to make significant gains in university towns and along the country’s Pacific seaboard, has already made clear they will not support a minority government led by either Mr. Trudeau or Mr. Scheer unless they dramatically change their approaches to the environment.