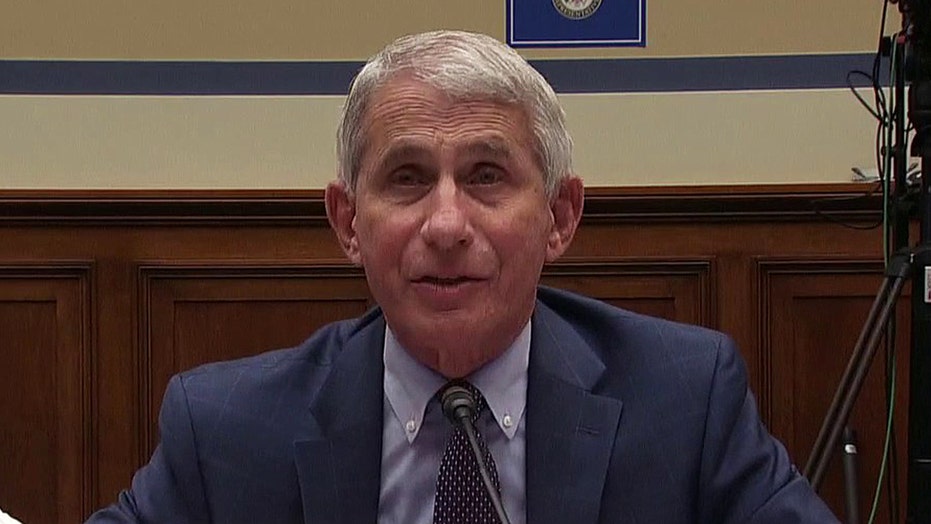 Dr. Anthony Fauci delivers his opening statement as he testifies in front of the House of Representatives’ special select committee investigating the coronavirus.

The United Kingdom has announced a delay in rolling back coronavirus lockdown restrictions in England.

Prime Minister Boris Johnson was set to continue easing the measures residents have lived with for the past few months, but concerns over an increase in cases forced him to pause any such plans, the BBC reported.

“On Saturday 1 August we had hoped to reopen in England a number of the higher-risk settings that had remained closed ... Today I am afraid we are postponing those changes for at least a fortnight,” Johnson said at a news conference, according to Reuters.

“I know that the steps we are taking will be a real blow to many people ... I am really, really sorry about that but we simply cannot take the risk.”

In the next phase, casinos and bowling alleys were slated to reopen, and capacity for weddings was set to increase to 30 people.

Pilot programs allowing limited capacity for sports venues and conference centers also are delayed.  Face coverings would be mandatory for indoor settings, such as places of worship and cinemas.

The decision follows reports of an increase in positive tests across parts of the country.

Health Secretary Matt Hancock also announced in a tweet on Thursday that the government planned to increase lockdown measures in parts of northern England, including Blackburn, Burnley, Hyndburn, Pendle and Rossendale.

“The spread is largely due to households meeting and not abiding to social distancing,” Hancock said. “So from midnight tonight, people from different households will not be allowed to meet each other indoors in these areas.”

Friday morning, he added, “We take this step with a heavy heart, but it is so important that people follow the social distancing rules so that we can control the virus & save lives.”