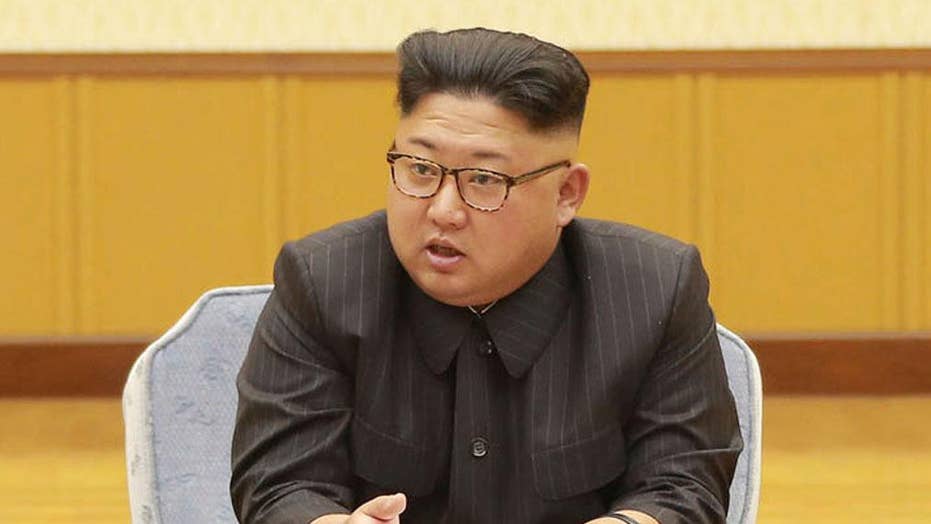 Less than a day after the rogue regime claims it tested a hydrogen bomb; Benjamin Hall reports from London

Japan is reportedly planning for a possible mass evacuation of its citizens in South Korea as tensions with North Korea continue to rise amid threats of nuclear war.

"There is a possibility of further provocations," Japanese Prime Minister Shinzo Abe said Monday, according to Japanese magazine Nikkei Asian Review. "We need to remain extremely vigilant and do everything we can to ensure the safety of our people."

Plans of mass evacuation from the South come as North Korea continues to ramp up its threats of nuclear war, as well as reports that the regime appears to be preparing a ballistic missile launch to show off its claimed ability to target the U.S.

North Korea on Sunday said it had successfully detonated a hydrogen bomb which possibly triggered a 6.3 magnitude artificial earthquake.

Around 60,000 Japanese citizens currently reside in South Korea, the news outlet reported. About 38,000 are long-term residents, while roughly 19,000 are tourists or short-term visitors.

"If the U.S. decided on a military strike against the North, the Japanese government would start moving toward an evacuation on its own accord regardless of whether the American plans are public," a Japanese government source told the Nikkei Review.

Japan's proposed plan is comprised of four steps: seek to limit unessential travel to South Korea, discourage all travel to the South, advise Japanese citizens to evacuate and encourage them to shelter in place.

South Korea held a live-fire training exercise simulating an attack on a nuclear site after North Korea's hydrogen bomb test in an apparent show of force to the North.

The United Nations Security Council met Monday for an emergency meeting following the North's recent provocations. U.S. Ambassador to the U.N. Nikki Haley told the council that while "War is never something the United States wants … enough is enough."

"We don't want it now. But our country's patience is not unlimited," Haley said. "The United States will look at every country that does business with North Korea as a country, that is giving aid to their reckless and dangerous nuclear intentions."

President Donald Trump said Sunday in a series of tweets that North Korea's incitements "continue to be very hostile and dangerous" to the U.S., and said he’s considering cutting off trade with any country that does business with the communist regime.

The North's hydrogen bomb test was the country's sixth such test, following five previous ones on a nuclear warhead and recent launches of inter-continental missiles to land such weapons on foreign soil.