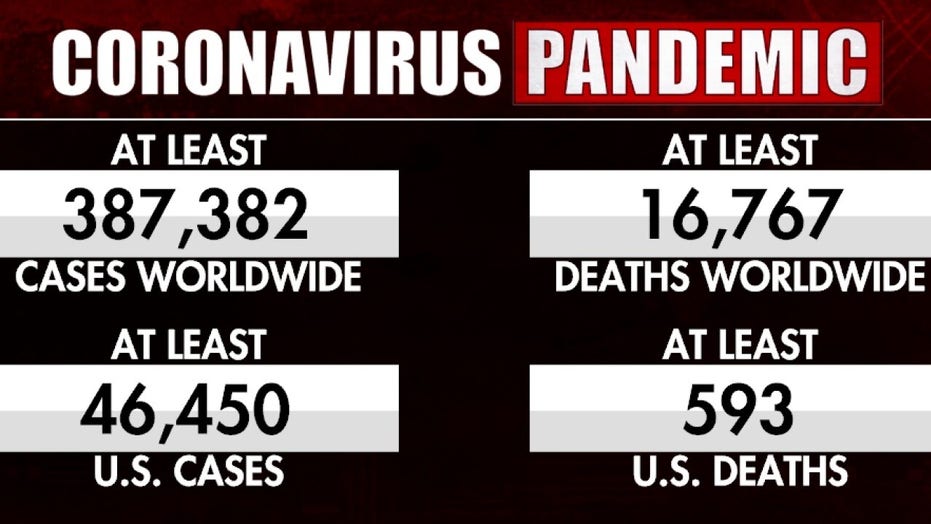 Seven weeks ago, the Diamond Princess docked on Japanese shores after coronavirus had torn through the cruise ship, in a case deemed a botched quarantine by critics led by bureaucrats rather than health professionals.

Moreover, Japan was one of the first countries outside of China to document a case of the disease, officially termed COVID-19, as early as January 16. The government was slow to close borders despite its close proximity to the disease's origin in Wuhan, only shuttering incoming flights from Hubei province on February 1 and later extending the ban to China's Zhejiang on February 13.

A "Second Wuhan" was feared. Prime Minister Shinzo Abe's popularity rating plummeted and critics called on him to resign.

But the wild contagion calamity and the inundation of medical facilities seemingly hasn't happened. Why?

"Japan relied on a strategy of quickly identifying clusters of new cases and then imposing containment measures to prevent a larger outbreak," Bruce Klingner, a specialist in Korean and Japanese affairs as the senior research fellow for Northeast Asia at the Heritage Foundation, told Fox News. "With relatively low numbers of COVID cases in Japan, there has been less international focus on the government's response than on South Korea's energetic testing program. While Seoul's actions have been described as the gold standard for the world, Japan adopted a less energetic, critics would assert lackadaisical, testing, and closure strategy."

As of Tuesday, Japan – a nation with more than 126 million – had only documented 1,140 cases and 42 deaths. According to Bloomberg, Japan to-date has one of the lowest per capita number of infections within the realm of developed countries.

Visitors wearing face masks walk under cherry blossoms at Ueno Park in Tokyo, Tuesday, March 24, 2020. The COVID-19 illness causes mild or moderate symptoms in most people, but severe symptoms are more likely in the elderly or those with existing health problems. (AP)

In sharp contrast to the likes of China and South Korea, which put in place heavy-handed isolation measures, and in the case of the latter set about mass testing, Japan did not mandate a shelter-in-place. It did take some crucial steps such as closing schools, staggering commute times on public transport during peak hour times, and limiting crowd sizes at public gatherings and at some entertainment venues. But it has not shut down its nation, with most of its clubs and restaurants still busy and bustling.

"It could be that Japan, while on the front lines of the outbreak, was exposed at an early stage and might have dodged a bullet by focusing on preventing the virus from entering the country," said Nicholas Szechenyi, senior fellow and deputy director, Japan chair at the Center for Strategic and International Studies (CSIS). "But the government also made a conscious decision not to test widely, and that might lead to another surge in coronavirus cases."

Japan's main airports, which have stayed open, took basic precautions such as thermal scanning international passengers for elevated temperatures as they walked by and having new arrivals pledge to self-isolate for 14 days – although the protocol was not enforced, a notable departure from much of the coronavirus-ravished region. In the early weeks, the government even donated funds to its Asian neighbor to assist their efforts to combat the coronavirus.

"Conspiracy would suggest that there is a widespread cover-up, that people are dying in their homes, untested and untreated, or being given false death records in hospitals. It is, however, hard to believe that a nation's worth of doctors would be, or could be, silent if the number of deaths we are seeing in Italy were occurring here," the article noted. "(Second) Japan is simply fortunate. That the disease here just hasn't spread in the way it has elsewhere due to a number of pre-existing conditions: relatively less social intimacy (bowing vs. shaking hands), an inclination to wear masks when sick that has existed since long before this coronavirus, already high rates of isolation amongst the elderly, and what little voluntary self-isolation and social distancing there is has meant that Japan is flattening its curve without a truly active attempt to."

The third train of thought is that Japan's "just enough" efforts, such as targeted testing where needed has contained the disease where it has emerged and decentralized efforts stemming from individuals and corporations, worked in conjunction with those pre-existing conditions.

Other longstanding cultural norms may also have played a pivotal part in curbing the coronavirus spread in Japan, given that the practice of wearing face masks is considered a staple in society, and many opt to do so to avoid seasonal allergies and even when mildly ill.

According to Szechenyi, the Japanese public also generally defers to guidance from the government and emphasizes social order. This was demonstrated vividly in the aftermath of the 2011 disaster – earthquake, tsunami, and nuclear accident – when people stood in line patiently for hours on end for water and other supplies.

However, some critics and medical experts in recent weeks have voiced suspicion at the low numbers – indicating that Tokyo may have been under-reporting the real figures in the hopes of still going ahead with the now postponed 2020 Olympic Games. Others have chalked it up to a fundamental lack of testing, underscoring that Japan, in the initial weeks, endured a short supply of test kits with China its only route of supply.

And while – on the surface – it seems as though it is business as usual in many pockets of the bustling nation – like all parts of the developed world, Japan's economy has taken a massive hit.

A man holds a shop advertisement saying "We have masks" in Ginza shopping district Wednesday, Feb. 26, 2020, in Tokyo. At a government task force meeting Wednesday on the virus outbreak, Japan's Prime Minister Abe said he was asking organizers to cancel or postpone major sports or cultural events over the next two weeks. (AP)

A report released by the U.S. Centers for Disease Control (CDC) on Monday did bring to light some steep concerns. More than 17 days after the doomed Diamond Princess was vacated and its passengers set free from quarantine, traces of coronavirus was still detected in the cabins. CDC researchers also noted that 46 percent of the infected passengers and crew members were asymptomatic at the time of testing and that some 18 percent of those carrying the virus never developed symptoms at all.

While the CDC is holding back from drawing any conclusions as it pertains to the data, some worry that Japan is under a false sense of security, and its merely a ticking time bomb.

"Some fear that the low numbers in Japan are due to the restricted testing procedures which were reserved only for those with strong symptoms or direct contact with those who had tested positive. By mid-March, Japan had cumulatively tested only as many people as South Korea was able to do in a day. Japan has not yet 'flattened the curve' as China and South Korea appear to have done," Klingner stressed. "It remains to be seen whether Japan has weathered the COVID storm relatively easily with minimalist measures or faces a greater surge in numbers when testing becomes more widespread."