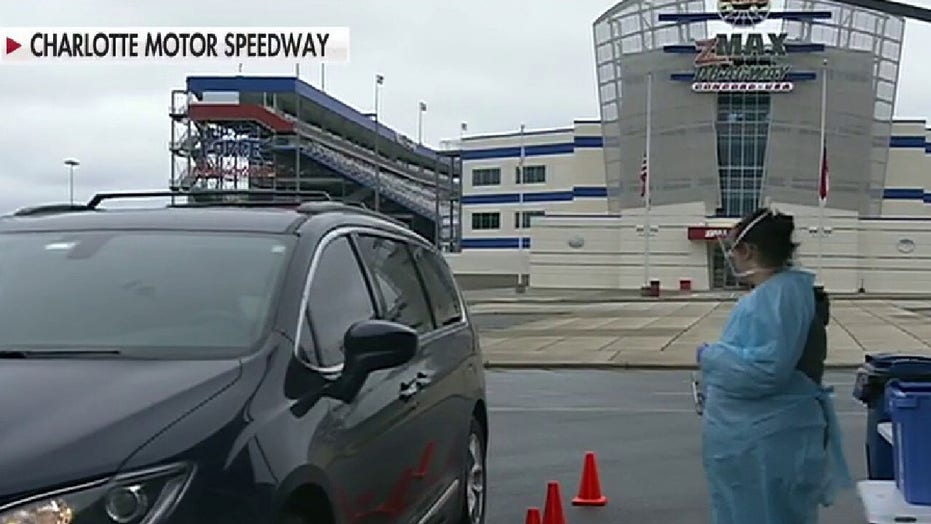 The global spread of the coronavirus has forced the Tokyo Olympics to be postponed until next summer at the latest, Japan’s Prime Minister Shinzo Abe announced Tuesday.

Abe said that he and the International Olympic Committee president Thomas Bach came to an agreement to postpone the Games. The latest the event can take place is the summer of 2021.

"In the present circumstances and based on the information provided by the WHO today, the IOC President and the Prime Minister of Japan have concluded that the Games of the XXXII Olympiad in Tokyo must be rescheduled to a date beyond 2020 but not later than summer 2021, to safeguard the health of the athletes, everybody involved in the Olympic Games and the international community," the IOC and Abe said in a joint statement.

In this March 3, 2020, photo, a tourist wearing a protective mask takes a photo with the Olympic rings in the background, at Tokyo's Odaiba district in Tokyo. (AP Photo/Eugene Hoshiko)

The organization wouldn’t confirm or deny Monday whether the Games were going to be postponed after veteran IOC member Dick Pound told USA Today the event was on hold.

“On the basis of the information the IOC has, postponement has been decided," Pound told the news outlet. "The parameters going forward have not been determined, but the Games are not going to start on July 24, that much I know.”

Pound also told USA Today the ramifications of postponing the Games would be “immense.”

An IOC spokesperson said in a statement to Fox News on Monday: “It is the right of every IOC Member to interpret the decision of the IOC EB which was announced yesterday.”

In the Sunday statement, the IOC said it would begin "detailed discussions to complete its assessment of the rapid development of the worldwide health situation and its impact on the Olympic Games, including the scenario of postponement."

The committee added that those talks, held "in full coordination and partnership" with organizers and Japanese authorities, would likely be finalized "within the next four weeks."

Canada and Australia have already announced they would not be sending athletes to Tokyo, while USA Swimming called on U.S. officials to do the same.

IOC President Thomas Bach sent a letter to athletes Sunday explaining the decision and why it might take so long.

The IOC said scenarios under consideration “relate to modifying existing operational plans for the Games to go ahead on July 24, 2020, and also for changes to the start date of the Games.”

The statement added that "cancellation is not on the agenda."